Jack  |  Operations & Media Manager
Mon 20 Sep 2021
This week is set to be an exciting one for rugby fans as the brand new United Rugby Championship kicks off on Friday evening with the first game set to see the Lions visit Zebre in Parma.

As many of you will already know (if you don't, check this article out), the United Rugby Championship will feature South Africa's 4 former Super Rugby franchises - the Bulls, Lions, Sharks and Stormers) and the teams from Ireland, Wales, Scotland and Italy that had been competing in the 'PRO14'.

This means we'll be seeing South African teams take on opponents from the Northern Hemisphere in a unique new competition and qualification for the Heineken Champions Cup is also on the line.

In addition to the Predictor game we launched for the URC, we're excited to say that we also now have a full fantasy game for you to get involved in! 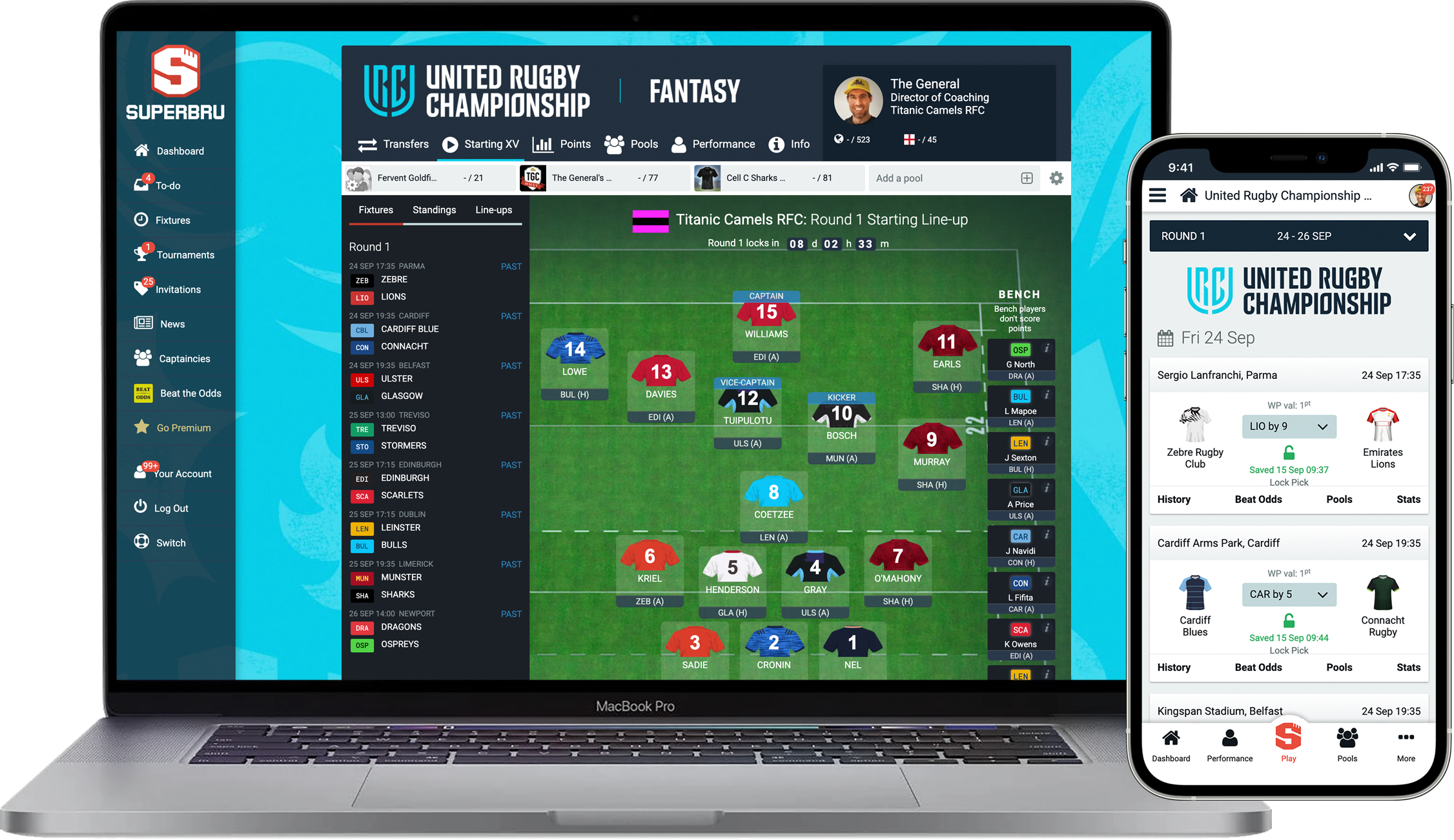 To join these new tournaments on the Superbru app, return to the 'home' picks tab from this article and then simply tap the + icon in the top right corner of your screen. You will then find options to join these tournaments, start your own pool or join a pool that you've been invited to.
You can join each game via the links below:


The first ever round of URC action begins this Friday with 3 matches taking place. Standout games in Round 1 include Leinster v Bulls and Munster v Sharks. 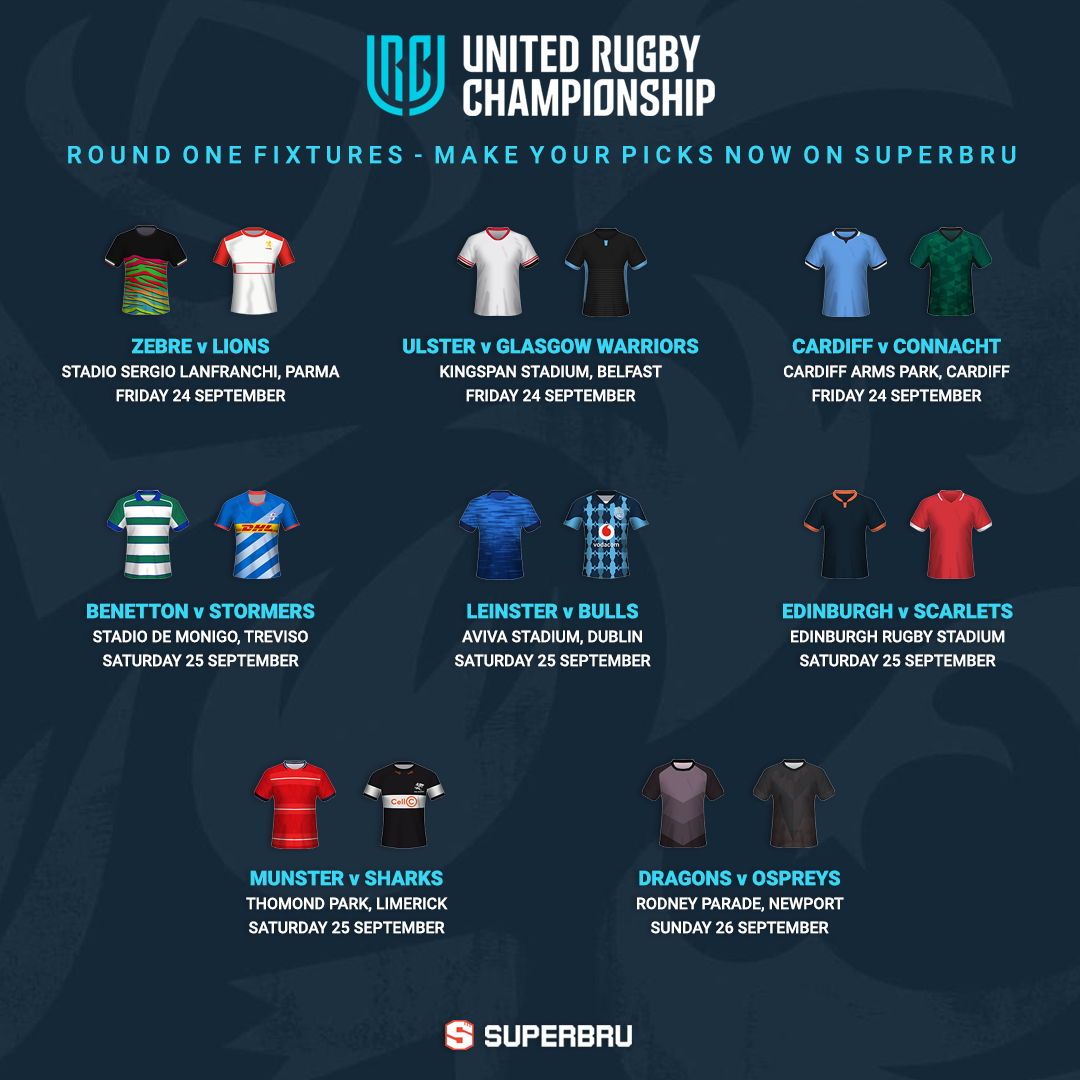 Zebre v Lions kicks-off at 18:35 local time (also SA) which is 17:35 UK time so make sure you've joined our tournaments and created a private pool to take on your mates by then!
Enjoyed this? Share it!

ADMIN
Jack
36,879 caps
Hey Nick, Pro14 lineups for weekend games were usually announced by Friday lunchtime (UK) latest so that's probably what we can expect for the URC as well. Using Round 1 as an example, the Friday games could potentially have lineups announced earlier but we're hopeful all others will also be confirmed in advance of the deadline on Friday - as is the case in the Champions Cup where all of the team announcements emerge at around 1pm UK. 20 Sep 13:08
Report

Daniel
1,600 cap
Can't wait for URC to start! Hope Blue Bulls do great! Going to be awesome! Thanks
Report

TheVikingKing
3,395 caps
Can't wait for URC to start!!! Going to be great!!! Wish came true, with SA rugby making the move North!!!! And now a fantasy game as well!!!! Rugby heaven for next 8/9 months. Thanks team!!!
Report

The Professor
54,987 caps
Jack
Awaiting your weekly predictions as this is all new territory with the former South African super rugby teams up against the European teams. Very tricky picking I suggest.
Report

Bomber
70,212 caps
This has to be the most exciting Fantasy Tournament of all with so many teams participating. A real test of your rugby player knowledge, and it will add huge interest into nearly every match because surely somewhere one of your players will be out there trying to earn points. Come and join my pool for the ultimate challenge, look under Prize Pools.
Report

TheVikingKing
3,395 caps
Good day Jack. Why does the "Add to wish list" (star next to players names) function, no longer work in the rugby fantasies?
Report
Edition: North America change
Superbru on Facebook
Superbru on Twitter
Superbru on Instagram