Hutch  |  Commercial Director
Thu 19 Nov 2020
Only two matches were played last weekend, and there are just two more this round, at the time of writing. I managed to pick both correctly last week, like most people, but picking up a margin point in the Stormers’ win over the Cheetahs resulted in more green arrows.

This week it seems easy to pick the winners, and so it’s all about the margins. 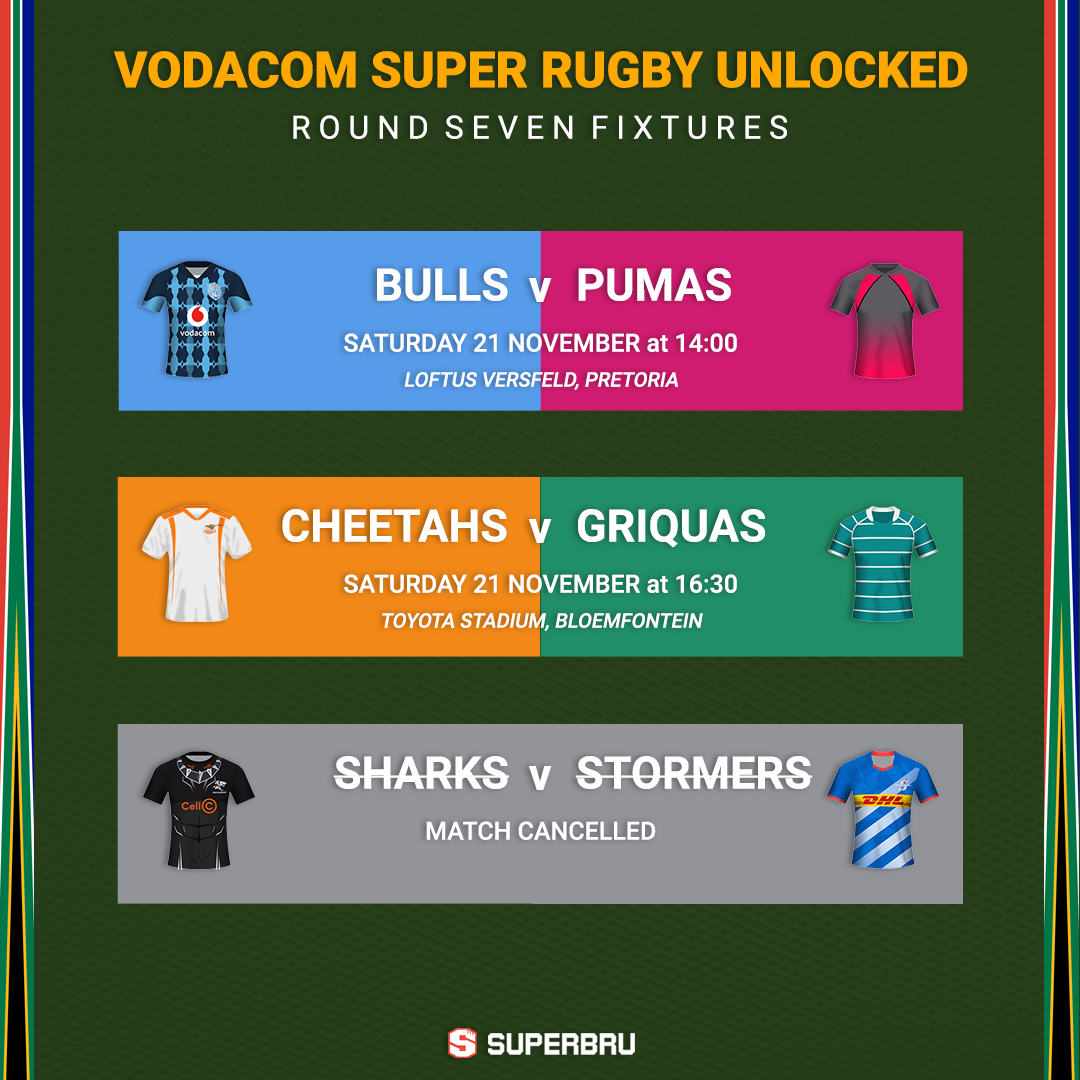 This game is in danger of being cancelled, with the Pumas still battling a Covid outbreak, which will hamper their preparations even if the game does go ahead. The Bulls will be crowned champions of the Super Rugby Unlocked portion of the season, and they’ll relish the opportunity to put on a display and win it in style rather than by default. Bulls by 26

This is an obvious pick too, since the Griquas remain without a win and probably won’t manage one this weekend either. The Cheetahs may have lost two in a row, and it’s been a month since their last victory, but they’ll win this by a few scores I would think. Cheetahs by 16

Though this is the final round of Vodacom Super Rugby Unlocked, we roll straight into the Currie Cup which begins next weekend. On Superbru, you will see that the fixtures have already been added to the same tournament as SRU because our predictor game is covering both tournaments. Hutch will be back next week with his Currie Cup 'Round 8' picks!
Enjoyed this? Share it!

Fish
40,739 caps
Just my opinion, there shouldn't be a winner in the Super rugby unlocked as its unfair on other teams that didn't get a chance to complete all their games. Can the Bulls roughly say they deserve it, I don't think so. Let's see what happens in the Currie Cup.
Report

James
42,836 caps
Agree fully, then the Sharks should've been crowned Champs for being top of the log at lockdown! 20 Nov 21:28
Report

Larry
4,284 caps
I agree with Fish. There shouldn't be a SRU winner. The Bulls mostly had home ground advantage as nearly all of their games were played at home. So it's not a fair reflection on the other teams. Also, I don't think that the points from SRU should be carried over to Currie cup seeing that there is a trophy for the winner of SRU.
Report

ballie
766 caps
home or away its at the top they will stay 22 Nov 04:44
Report
Edition: North America change
Find us on Facebook
@Superbru on Twitter