Hutch  |  Commercial Director
Thu 24 Nov 2022
The URC returns this weekend, and it’s looking a lot more predictable than the Football World Cup. This is a gift of a GSP this week, with only one or two slightly tricky ones.

Here are my URC predictions for Round 8. 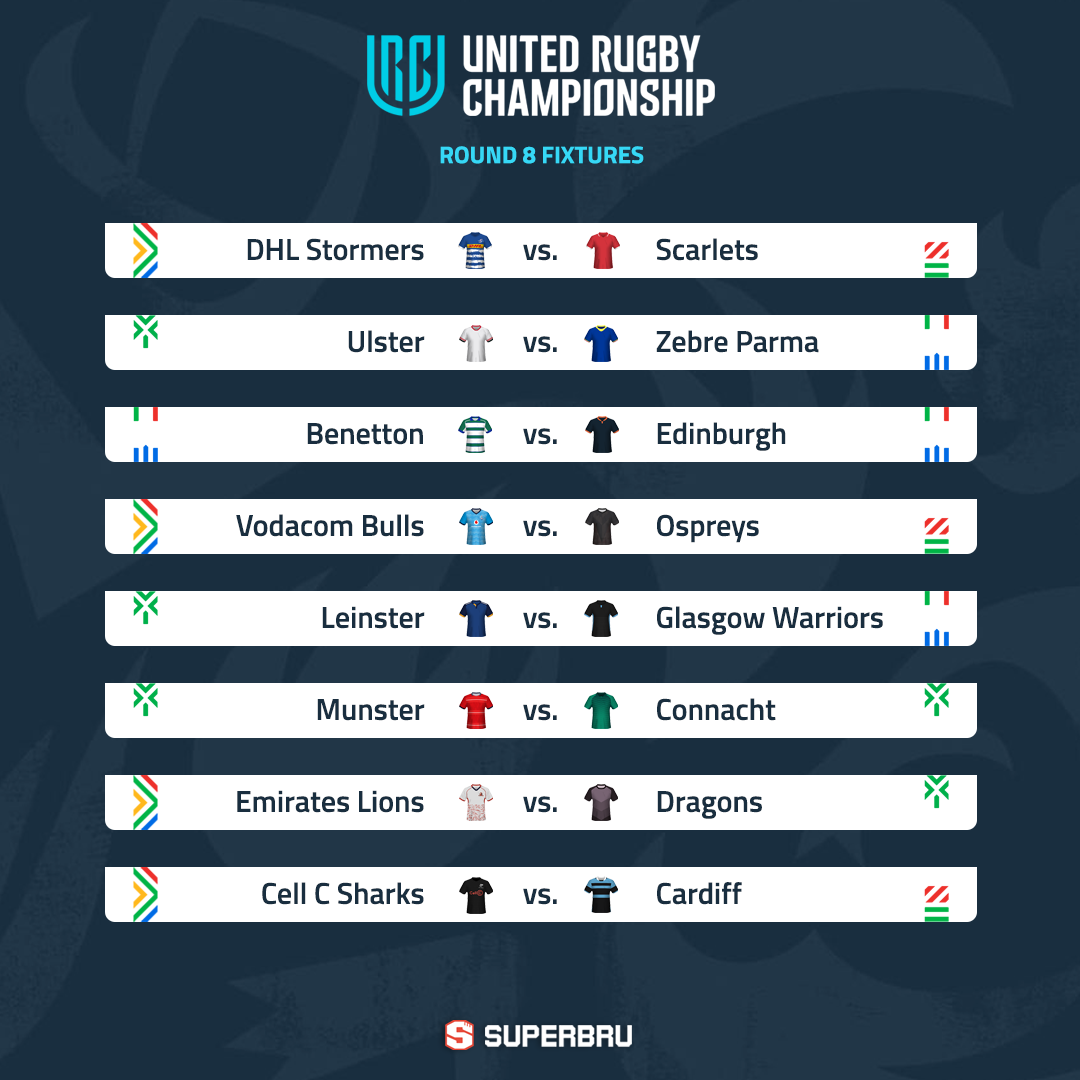 Easy home win here, even without the internationals for each team. Stormers by 16

This will probably get ugly for Zebre, who remain without a win - it’s only going one way in Belfast. Ulster by 26

Probably the only tricky pick of the week, and I’m going with the Scots who put 50 points on Benetton last month. Edinburgh by 4

Another straightforward home win. The Ospreys couldn’t win at the Dragons, so they’ve got no chance at Loftus. Bulls by 23

Keep an eye out for Leinster’s team news, but they’ve got plenty of quality in their squad that they should maintain their unbeaten record. Leinster by 18

I’m expecting Munster to wake up a little after the international break, starting with a victory at Thomond to raise the spirits. Munster by 9

Two wins in a row for the Dragons is something of a streak for them, but it’s likely to come to an end in Johannesburg. The conditions at altitude coming into the South African summer are about as different as they can get to Newport in November. Lions by 18

And yet another comfortable home win to bring home the GSP on Sunday evening. The Sharks will win seeing as Cardiff only like to play in Wales by the looks of things. Sharks by 13

Not in the URC, but after being held to a draw by the All Blacks last week, I expect England to finish their November campaign with a win 😉 England by 6

dugardy
13,211 caps
Cant argue with any of your pics, including the Bokke to lose by 3 (another theft at the death by the ref)
Report

Die Skim
4,417 caps
Never is a long time but the Ospeys will never win at Loftus.
Report

Corne Groenewald
74,992 caps
Hi Hutch,
are we going to have a fantasy for the Heineken Champions Cup?

Larry
4,927 caps
I think that England will be wanting some revenge for losing to the Springboks at the 2019 RWC final
Report

NZAB
79,505 caps
We all know what is going to happen with England/SA game regarding SA fans.
SA Win,,,,,best ref ever,no complaints.
SA lose,,,,ref blaming by the victims,ban the ref for life,let's make ref blaming videos.
Not very difficult to predict what SA will say and do. 25 Nov 06:16

Die Skim
4,417 caps
NZAB,yes it is sad!
I am a big SPRINGBOK supporter but what we are doing now is not great, especially our director of rugby!
Report

Die Skim
4,417 caps
We want to be a force and the no.1 team in world rugby,we don't want the people to dislike us.
Report

Larry
4,927 caps
I AGREEB@NZAB and @Die Skim. What will probably have to happen in the future is that like for a citing hearing, the final score will be confirmed by the Wednesday after an independent panel of refs have reviewed the whole game and will add or deduct points as necessary.
Report

Larry
4,927 caps
What I just mentioned above, should be tested at the 2023 RWC
Report

Kameeldoring
2,664 caps
A reminder to all whom is blaming Rassie for his tweets. In 1995 (when the All Blacks lost against the Springboks in the final of the worldcup)the latter blamed someone at their hotel where they were staying,for poisoning their food the previous evening. Is that OK by all you smartvrate? When the Springbokke defeat the British and Irish Lions last for interfering with the play of the game (WATER ASSISTANT) why did you say nothing? Matter of the fact is that every rugby playing country in the world escapes punishment but when South Africa is in the line of fire, even the supporters tun coat
Report

Kameeldoring
2,664 caps
Sorry, that should read " the first mentioned"
Report