Hutch  |  Commercial Director
Thu 13 Oct 2022
I’m looking forward to this weekend’s fixtures, because there are a couple that might catch people out, and it’s a chance to move up the leaderboard.

Here are my URC predictions for Round 5. 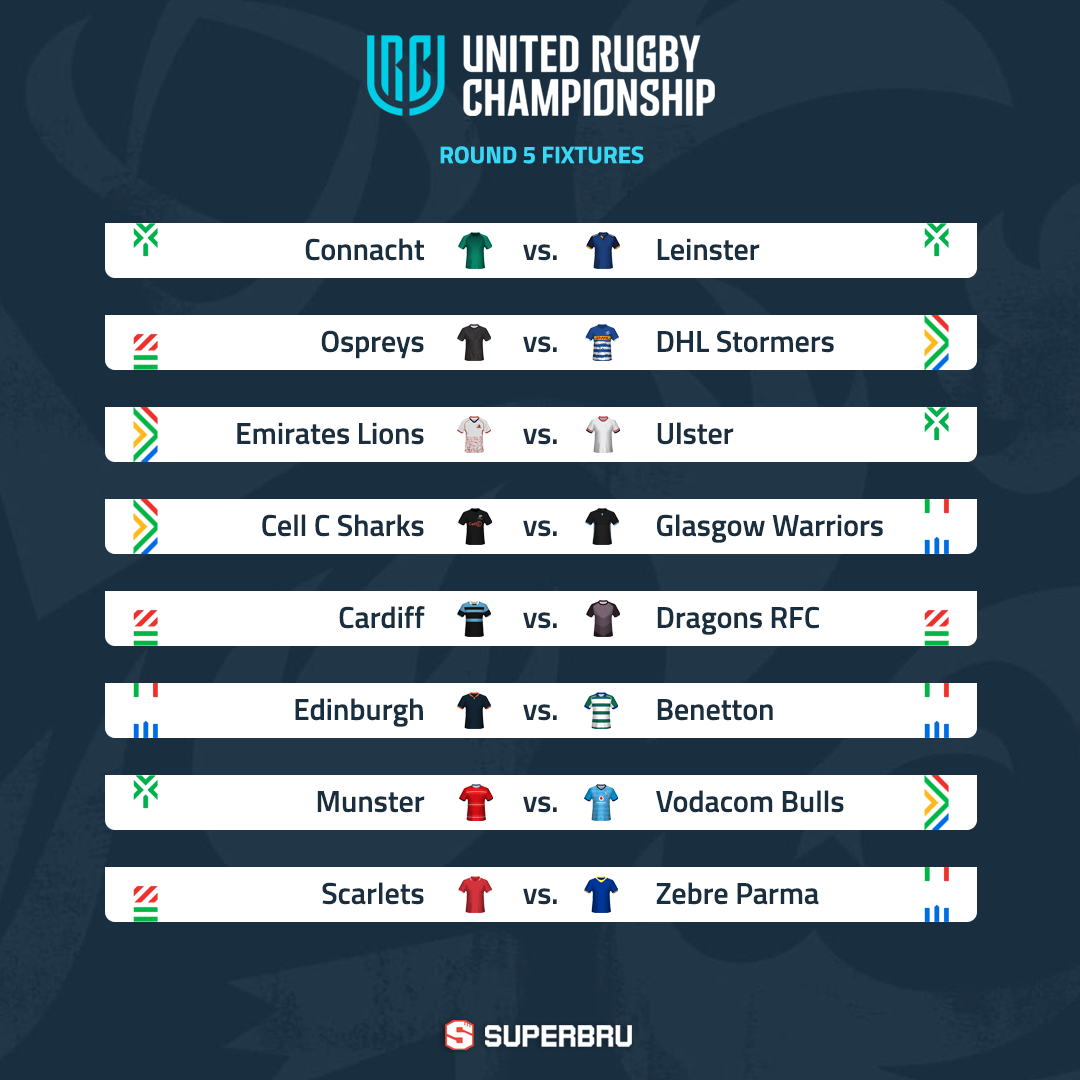 Connacht beat Munster last week, but their record against Leinster is poor, and it’s probably worth backing the league leaders in the opening match of the round. Leinster by 11

The home side shouldn’t be under-estimated in Swansea, but the Stormers should have too much and I think they’ll continue their unbeaten start. Stormers by 9

The Lions have performed much better than expected so far, and return home after a successful European tour. Ulster are a step up in terms of calibre, however, and are a better team on paper. Ulster by 4

The Scots caught plenty of people out last week by beating the Bulls, but they seem to be fairly useless outside Scotstoun, and so the Sharks should win this comfortably. Sharks by 18

Cardiff have won 13 in a row against the Dragons, who seem to be on the decline again after that shock win over Munster. Cardiff by 7

The home side normally wins this fixture, and I can’t see a reason to back Benetton despite their strong start in home matches this season. Edinburgh by 9

This is a tough one given Munster’s poor start, but this is their first match at Thomond Park, where the crowd might wake them up a little and they are tough to beat. Munster by 6

A bottom-of-the-table clash to end the round, and I think the Zebre will be left on their own after losing this one. Scarlets by 13

Wolfman
5,160 caps
Hutch, believe Lions are better than most think and 3 wins overseas will provide enough for the Lions to pull another surprise win by 5. I am for all 4 SA teams to be back on the winning streak.
Report

Larry
4,927 caps
All SA teams except Bulls to win. Munster will bounce back and win by more than a losing bonus point to again deny Bulls any points and bring them back to planet earth. They need to be taught another lesson.
Report

DreadedRed
31,956 caps
Hannes, perhaps he’s hedging his bets, I think he’s actually a Bulls supporter (out of the RSA teams). It’s hard enough predicting results of rugby on grass, picking matches played on paper is nigh impossible. I’m an old Shark, and the fact is that we buy the best players but don’t win international trophies. The Lions have no cash (presumably corruption is rife), yet occasionally have competitive seasons. Province and the Bulls have carried the flag since readmission; and locally since day dot.

Admittedly the Sharks current squad is full of key Boks; but they’re often unavailable. They filter in and out of the team, which is disruptive. The Lions (and the Cheetahs) dirt-tracking squad of players hoping to earn a well-paying transfer to the Sharks/Bulls/WP are all heart. They just appear to have much more to play for. Surely the Lions are everyone’s 2nd team, even if the Bulls fans won’t openly admit it. 15 Oct 06:42

Larry
4,927 caps
I'll always support whichever team plays against the Lions, Bulls or Stormers. I'll never support another SA team just because they are from SA. Even if an SA team reaches the final I'll always support the other team if the Sharks aren't playing. The Sharks have a very good team. They have the ability and talent to win trophies. Give the Sharks another year or so and we'll be back to winning trophies like we used to
Report

Ryno Munday
401 caps
Ulster 2nd on table and lions 6th uhm Lions is at home as a Stormer supporter I'll make sure I'll have red on this upcoming weekend Lions all the way😁
Report
Edition: North America change
Superbru on Facebook
Superbru on Twitter
Superbru on Instagram