Hutch  |  Commercial Director
Thu 9 Jun 2022
The first-ever URC semi-finals feature two Irish teams and two South African teams, and it would be great for the competition if the two countries can develop a rivalry, and a North v South final this year would be something to behold.

Here are my predictions for this weekend. 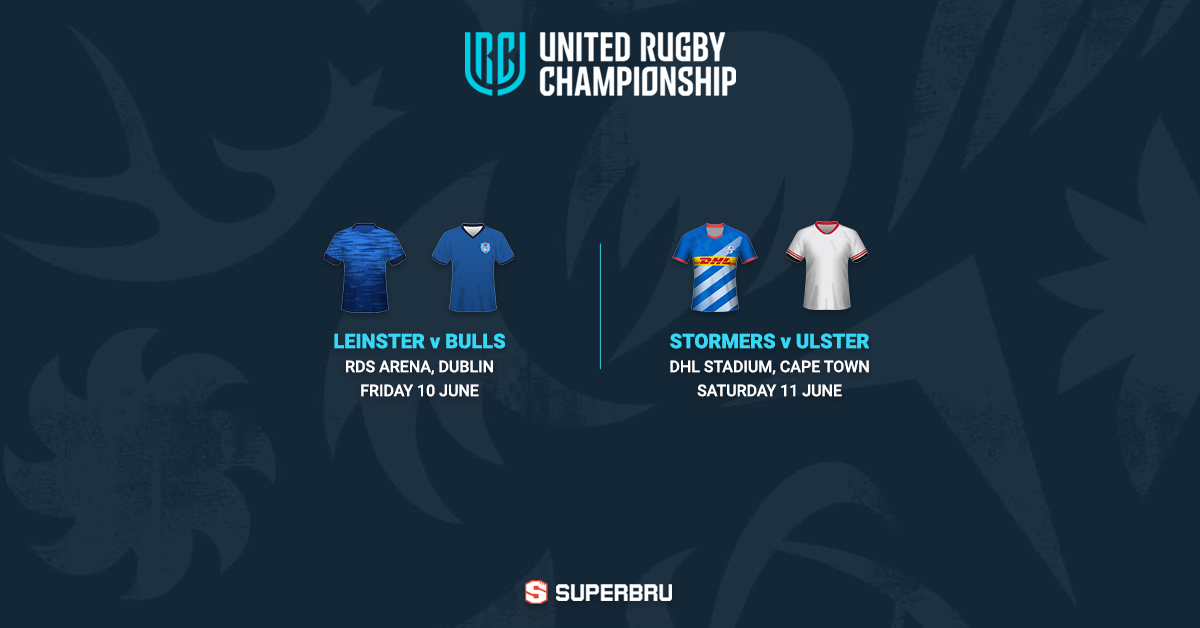 Leinster are favourites to lift the trophy, and you can’t really bet against them after their annihilation of Glasgow last weekend. The Bulls will give it a better shot than they did when these two sides met in Round 1, but I can’t see anything other than a Leinster victory. Leinster by 16

This is a really tough pick, and I’m tempted to side with Ulster. They have plenty of experience at this stage of the competition, and they were impressive against Munster in the quarter-finals. However, the Stormers are turning Cape Town into a difficult place to play, and I’d love to see them make the final. Home advantage just about tips the scales in their favour, but it’s likely to be close and it could go either way. Stormers by 4

TheVikingKing
3,378 caps
What a weekend of Rugby awaits us this weekend. We are truly spoiled wit Semi-finals - URC, Gallagher premiership, French top 14 and Super rugby. All those years of rumours and whispers about a global rugby calendar finally came true.
Report

goldorak
36,463 caps
Re urc fantasy, looks like Larmour is (again) the only back three starting for Leinster. So we have 1 back 3 and 4 centres in the starting XV which is far from ideal in fantasy terms. Players being played out of position is so common these days - in most team sports- wonder if we (well you guys the SB, fpl etc of this world) shouldnt reclassify players ( or less categories perhaps?). Same 'issue" in SR with BB & Perofeta, J Barrett etc.
Report

Larry
4,808 caps
My picks Leinster by 25 and Ulster by 15. Will definitely be backing the 2 teams that aren't from South Africa
Report

TheVikingKing
3,378 caps
One of the greatest upsets in the modern game as we now it. Bulls now firmly cement there title as most successful and best SA rugby union to ever play the game!!!
Report

DreadedRed
28,444 caps
Congratulations Gene! Well done Bulle! Not sure that it was "the greatest upset of modern times", but it certainly caught me napping. I'm actually more surprised that 13 000 brus picked the Bulls to win.

The match in Cape Town today should be another cracker. We might end up with an all-SA final, which hasn't seemed likely since the first couple of rounds. I this bodes well for the Boks! 11 Jun 05:14

TheVikingKing
3,378 caps
Thanks PR (NZAB) - Hope your Crusaders can do what they do best in the final against the Blues Saturday. Go to be a massive battel. 11 Jun 16:37
Report

TheVikingKing
3,378 caps
Thank you Angus.... :-) Must say was more worried about the Sharks this year, than I do the Stormers in the final. Have to agree with you. Everyone wrote of the SA teams at start of URC. Saying how they add no value. Would love to hear what Sam Warburton has to say now. Not a single Northern Hemisphere team in there own Northern Hemisphere tournament final. The trophy will call the Southern Hemisphere (LOFTUS) home for the next year. ;-) 11 Jun 16:44
Report

peanut
2,367 caps
Hutch.how on earth did you get this ons wrong.
Report

Jersey-puller
25,973 caps
So the lesson is clearly you can't fight on too many fronts. Leinster paid the price despite regular player rotation. Well done The Bulls. Its gping to mess up a lot of Leinster packed Fantasy teams with only 8 transfers allowed. Two 1 point margins in semis, a healthy sign of two great rugby competitions.
Report

Larry
4,808 caps
I don't even care who wins. I'm neither a fan of the Stormers or the Bulls. I'm not even going to watch the game. I'll rather watch a local soccer game than the URC final
Report
Edition: North America change
Superbru on Facebook
Superbru on Twitter
Superbru on Instagram