This week, we’re up to 6 fixtures, with the SA derbies brought forward, and those fixtures have added importance because nobody wants to be left behind at the bottom of the log.

Here are my United Rugby Championship predictions for Round 7 this weekend. 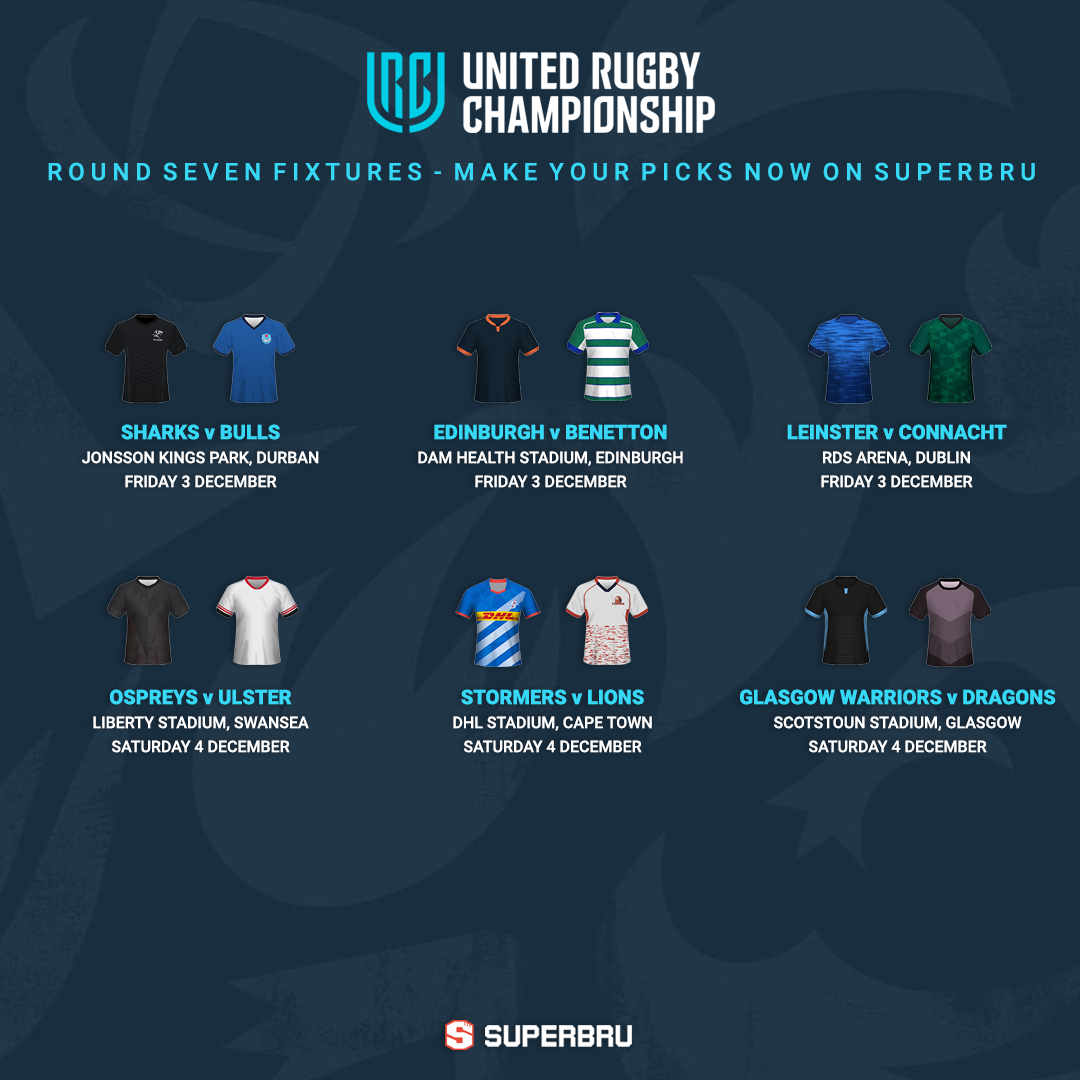 The Bulls have been the standout South African team over the last few years, and they have won 3 of their last 4 against the Sharks - including an away win back in June. It’s a tricky pick, and with clear favourites in the other matches, this could make or break your GSP from the outset. The Sharks have named a very strong team with their Springbok players back in the fold, and it looks a stronger lineup on paper. Sharks by 4

I haven’t had much luck predicting Benetton’s results in this competition. The Italians have won 3 in a row against Edinburgh, but this one should be a home win, surely? Edinburgh by 7

Leinster’s defeat was a huge upset last week, and they are up against another Irish province this time, but two losses in a row seems unthinkable. Leinster by 13

Ulster will start this as favourites, and if they can win in Dublin, they should be able to win in Swansea too. Ulster by 9

This would be a tougher pick if it were in Johannesburg, but the Stormers are the better team and home advantage should seal the deal. Stormers by 7

The Dragons are slipping towards the bottom of the table, and were well-beaten by Edinburgh last weekend. I can’t see them getting anything out of a trip to Glasgow, and this should be a comfortable win for the home side. Glasgow by 16

The Gunslinger
5,290 caps
Glasgow by 24 and Stormers by 15. We have similar predictions. Good luck!