Hutch  |  Commercial Director
Fri 22 Oct 2021
I recorded 6 out of 8 last weekend, after I changed my mind on the Dragons v Stormers game and incorrectly picked the home team, and then Benetton scuppered me yet again.

This week I’m feeling confident with only 6 games to contend with, and those pesky Italians away from home.

Remember that there are no South African teams in action this weekend, but the competition continues for one more week before the November Internationals.

Here are my United Rugby Championship predictions for Round 5 this weekend. 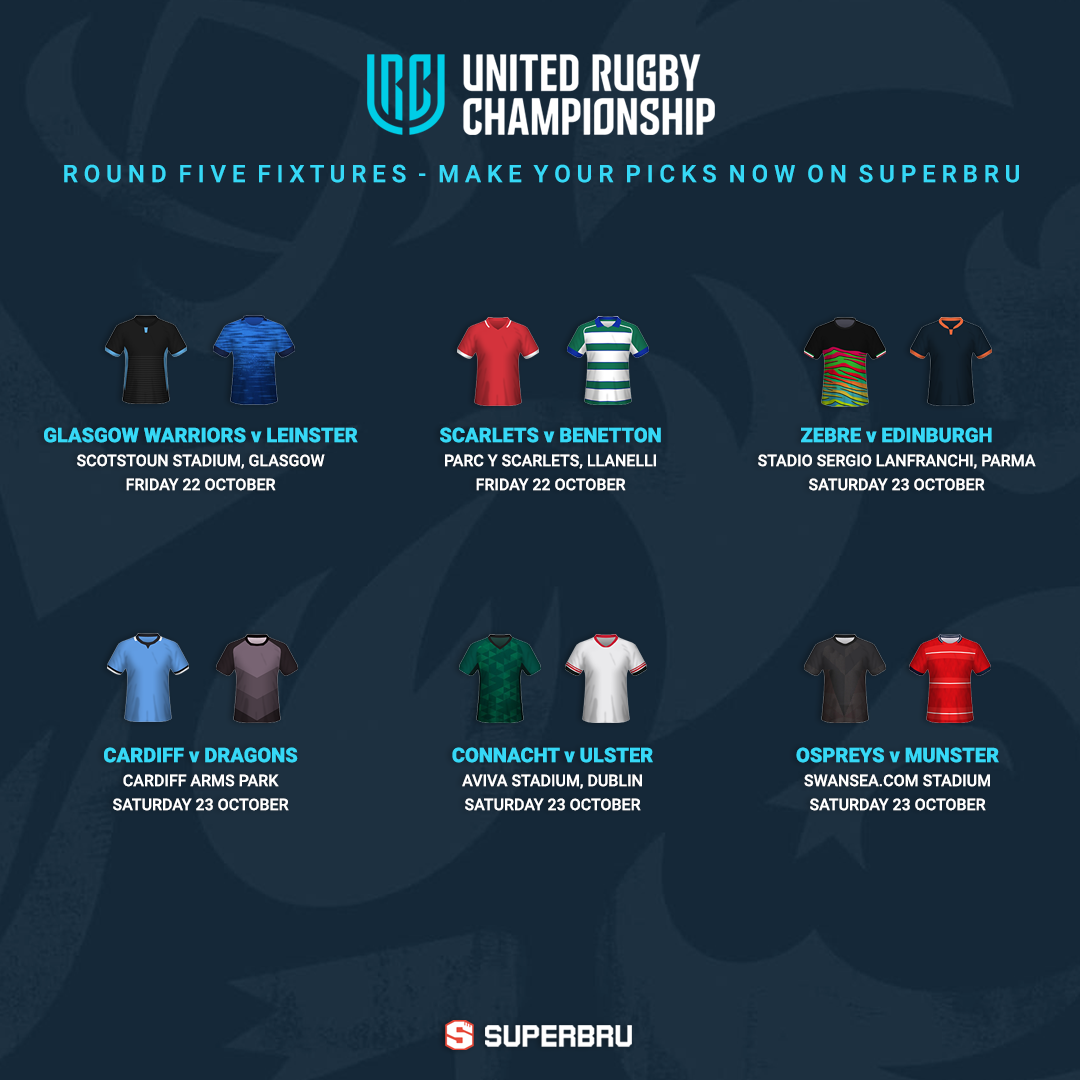 This is usually a great match-up, and the Scots will be feeling confident having won 3 in a row, but the Leinster team looks too good on paper. Johnny Sexton is rested, but I rate Ross Byrne highly and they are no weaker with Byrne at fly-half. Leinster by 9

Surely this has to be a home win? The Scarlets have been poor in their last couple of outings and they have a raft of injuries and international absentees, but I’m not backing Benetton away from home, particularly after losing to the Ospreys last week. Scarlets by 7

Edinburgh lost on their last trip to Italy a couple of weeks ago, but they should be too strong for Zebre here. They have won their last three against Zebre, including a 16-point away win in January. Edinburgh by 13

That remarkable win over Connacht is looking like an anomaly for the Dragons, and their record against Cardiff is abysmal. Cardiff by 8

Matches between these two teams are usually fairly close, but Ulster are flying so far this season, scoring an average of over 30 points per match, and they should be favourites for this one. Ulster by 6

Munster have won their last 10 in a row against Ospreys, and mostly quite comfortable as well. They only scraped past Connacht last weekend, but I think they’ll beat the Welsh side here. Munster by 9

DreadedRed
22,936 caps
Once again, no SA teams predicted to win. Daniel is not going to be happy!
Report

Larry
4,543 caps
There's no sa teams in action until end of November. Only European teams playing this weekend. These teams are unpredictable but I think it's safe to go for a home win for all of the games
Report

Fred Smith
6,574 caps
Some of these Ref's are seriously smoking something or using two seperate set of rules, blatantly cheating the SA teams. Seriously spoiling a good Competition.
Report

Jersey-puller
23,647 caps
Yes, a lady commentator alluded to this, saying the SH refs warn the players if they are about to infringe, whereas the NH refs penalise once they have. Its tantamount to 'Entrapment' for the SA teams. But they are are adapting to it. Which refs will they use in SA though? 22 Oct 13:34
Report