Hutch  |  Commercial Director
Fri 1 Oct 2021
It's always disappointing to miss out on the GSP by one pick, but I would have taken 7 out of 8 correct going into Round 1 of this brand new tournament!

Here are my United Rugby Championship predictions for Round 2 this weekend. 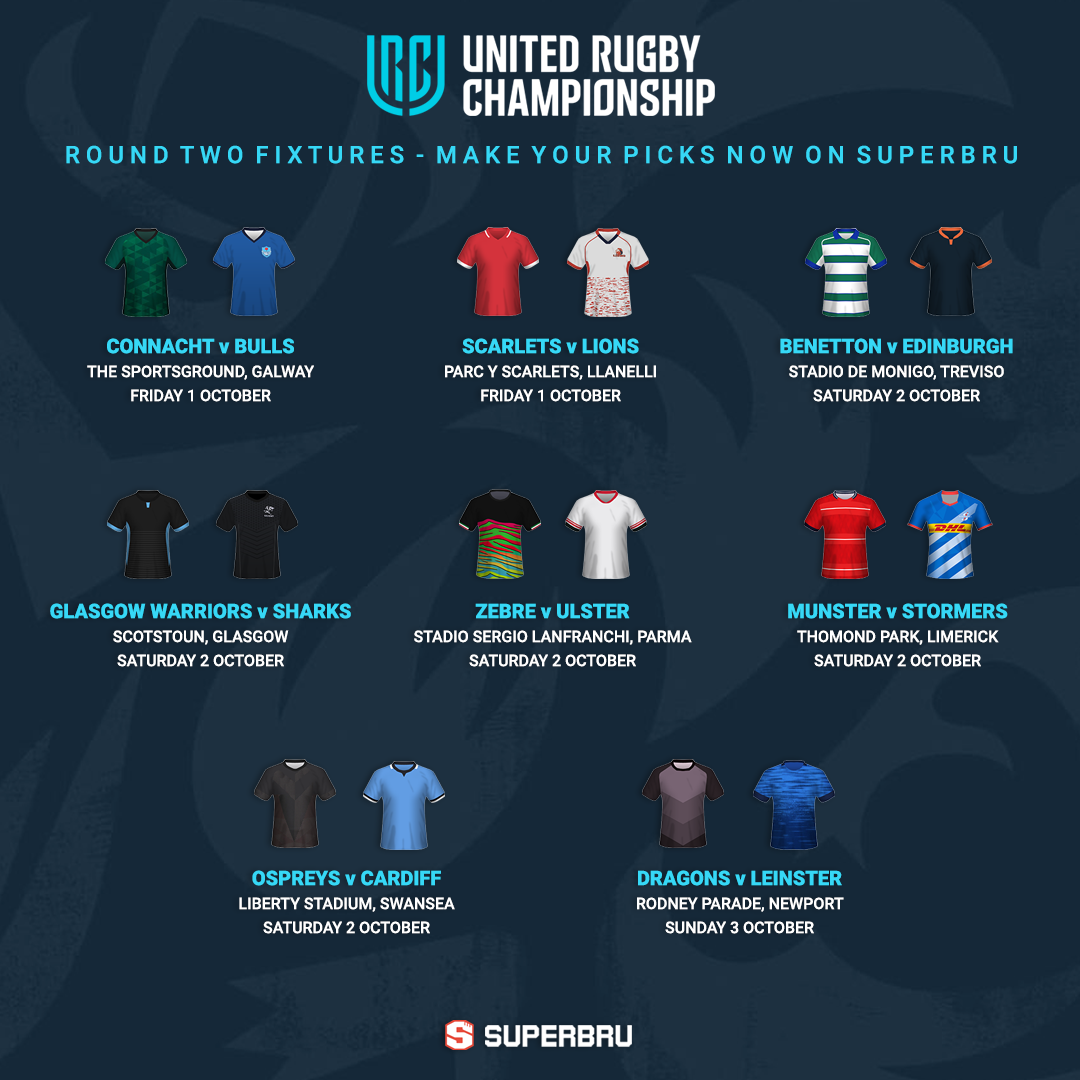 The Bulls were well-beaten by Leinster last weekend, and whilst Connacht's defence won't be quite as strong, the home side are likely to score a few tries of their own.  Galway is a tough place to get a result, but Connacht's home form hasn't been quite as strong in the last season or two, so I'm backing the Bulls for their first win.  Bulls by 4

The Lions did well to pick up an opening round win last weekend, whilst the Scarlets lost narrowly in Edinburgh, but the Scarlets should win this one in Llanelli.  Scarlets by 9

This is a tough pick, and going against the Italians cost me the GSP last weekend, but Rule Number 1 is to pick each match on its individual merit.  The Scots look the stronger team on paper.  Edinburgh by 6

The Sharks conceded 42 points last weekend, the most of any team, and they're up against another attacking outfit in Glasgow.  The home team should win this one, but it could be close.  Glasgow by 4

I don't rate the Italian side here at all, and would expect a comfortable win for Ulster.  They've won the last four fixtures against Zebre by an average of nearly 40 points.  Ulster by 23

This is a good Welsh derby, and the Ospreys have had the better of recent meetings, so I'm predicting a home win.  Ospreys by 4

If you can't beat Benetton in Italy, you probably aren't going to win at Thomond Park.  This should be fairly comfortable for Munster, as it was against the Sharks.  Munster by 18

The Dragons gave a reasonable account of themselves against the Ospreys last weekend, but they don't have a good record against Leinster.  They've lost 6 of the last 7 matches by 30 points or more, and it could be something near that this weekend.  Leinster by 26

TheVikingKing
3,395 caps
Good day Hutch. Please can you forward this message to your tech team. ((Why does the "Add to wish list" (star next to players names) function, no longer work in the rugby fantasies (The rugby championship fantasy, as well as, the URC Fantasy)?)) Thanks.
Report
Edition: North America change
Superbru on Facebook
Superbru on Twitter
Superbru on Instagram