The Rugby Championship 2022: Round 6 Predictions

Hutch  |  Commercial Director
Thu 22 Sep 2022
It’s the final round of the Rugby Championship, with New Zealand, Australia and South Africa still in with a chance of winning the title.

However, for all their vulnerability and lack of faith in the coach and the very controversial victory last weekend, it’s the All Blacks that look likely to win once again.

Here are my Rugby Championship predictions for Round 6. 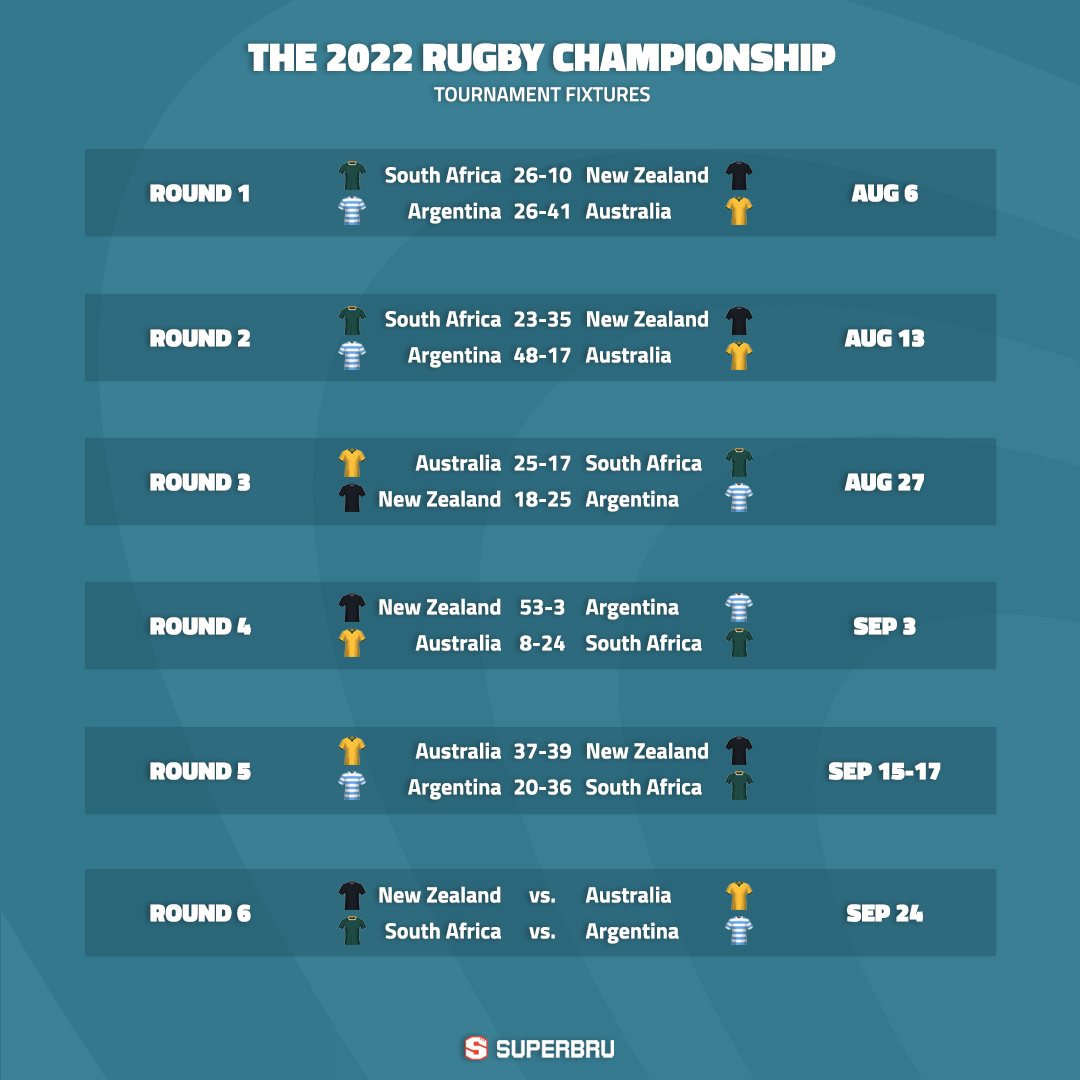 A bonus-point win should be enough for the All Blacks to lift the trophy, and with this match at Eden Park - where they haven’t lost since the late Jurassic period, or something like that - I wouldn’t bet against them scoring a few tries against the Wallabies. It’s an attacking lineup with Jordie Barrett at 12, brother Beauden at full-back and Richie Mo’unga at fly-half and it should be fun to watch. New Zealand by 16

The Springboks will have the advantage of knowing what they need to do to win the tournament, with the All Blacks playing first. If New Zealand do manage a bonus-point victory, they’ll need one of their own and then it will come down to points difference - whatever happens, it’s extremely likely they’ll need to score plenty of tries. And so I look at the team selection and scratch my head - Frans Steyn at fly-half won’t be running much, and the bench packed with forwards offers little attacking firepower for the closing stages. They should win the game, but this will be the tournament that got away after their opening round win over the All Blacks. South Africa by 13

DreadedRed
30,255 caps
The only way we can hammer Argentina is to keep the play structured, wear them down, and play to our strengths. We need them exhausted for the last 20 minutes, which may allow us to score heavily. The 6/2 reserve split, and Frans Steyn at flyhalf, shows that Niemandt probably agrees with me. Here’s hoping!
Report

The Gunslinger
6,587 caps
I'll take anything.

Jersey-puller
26,760 caps
I've noticed that teams look very fatigued after raising their games against the All Blacks. So perhaps Argentina will bounce back better as they looked a bit knackered vs the Boks last round. But Boks still to win.

All Blacks to forfeit match after Ref incensed they were 10 seconds late coming back on for the second half. Coach Foster blamed pre-match team meal of Paua Patties, Kumara fries plus Puha side veggies for causing a queue for bogs.