The 2021 Rugby Championship: Round 1 Predictions

Hutch  |  Commercial Director
Fri 13 Aug 2021
There’s no let up after the end of the Lions Tour, and we’re straight into the Rugby Championship, which could be one of the most competitive for a while.

Here are my Rugby Championship predictions for Round 1. 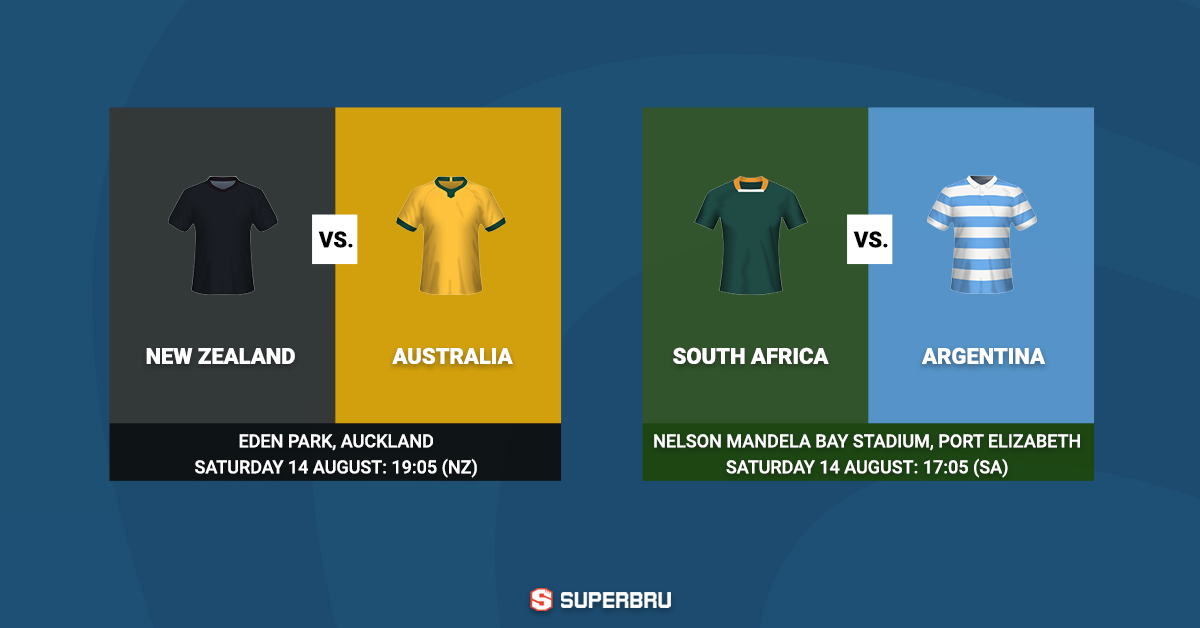 Last week’s test was closer than many expected, and but for an off day for Noah Lolesio’s boot, it could have been a different result. The All Blacks usually heed a warning like that and come out stronger the following week, so I think this will be more one-sided. Prediction: New Zealand by 21

The Springboks deserve plenty of credit for grinding out a series win over the Lions, having barely played since 2019, and confidence will be high going into the Rugby Championship. There are 12 changes from the side that played the Lions last weekend, however, and this first fixture is a potential banana skin, given that it hasn’t been a focus until this week. It could be a game where they need to soak up the pressure, then dig deep and find a way to win. Prediction: South Africa by 7
Enjoyed this? Share it!

Leo
856 caps
Young and eager to prove they can run with the big boys. Boks to win by more than 2 Puma scores
Report

NoNameBrand
4,970 caps
Springboks by 28.
Nothing to worry about.
Report

Ryno J
9,060 caps
The Nz supporters are so jealous, cant take it that South Africa is the World Champions and the number 1 ranked team in the world. 17 Aug 13:51
Report

Cozarro
21,742 caps
guys, where are the points for Fantasy?
Report

Brad
321 caps
Fred smith, you where spot in, hahahahahaha!!!
Report

Argentinia looked like they never got of the plane. They clearly missing Super Rugby as Jaquars and clearly not playing enough rugby. They were nowhere on attack. Not the same team.

But in saying that. Reinach kicking and Fassi aerial game was spot on.

Dirk26
3,331 caps
Fred, well said!!! The boks clearly didnt play the perfect game as there is alot of room for improvement!!!! New zealand rugby has woken up and they are eager for the boks. New backline for this weekend in the springbok team. Pumas needs more gametime to get their team spark back. Good rugby still ahead. 18 Aug 07:21
Report

Jersey-puller
22,615 caps
I did pretty average with my Fantasy but I think many won't have 15 starters next round, as it's just SA v Arg and lots of changes by both teams...I hope? Even with my forward planning I'll need all 10 of my transfers to have flexibility. Should make things interesting. What was I thinking with Banks instead of Fassi?!
Report