Hutch  |  Commercial Director
Fri 19 Jun 2020
Apologies for not publishing my picks last weekend, and I’m annoyed for forgetting because I picked both matches correctly! This competition full of New Zealand derbies is fun to watch but difficult to pick, and there are another two tricky matches coming up this weekend, but they could be very entertaining affairs.

Here's what we have: 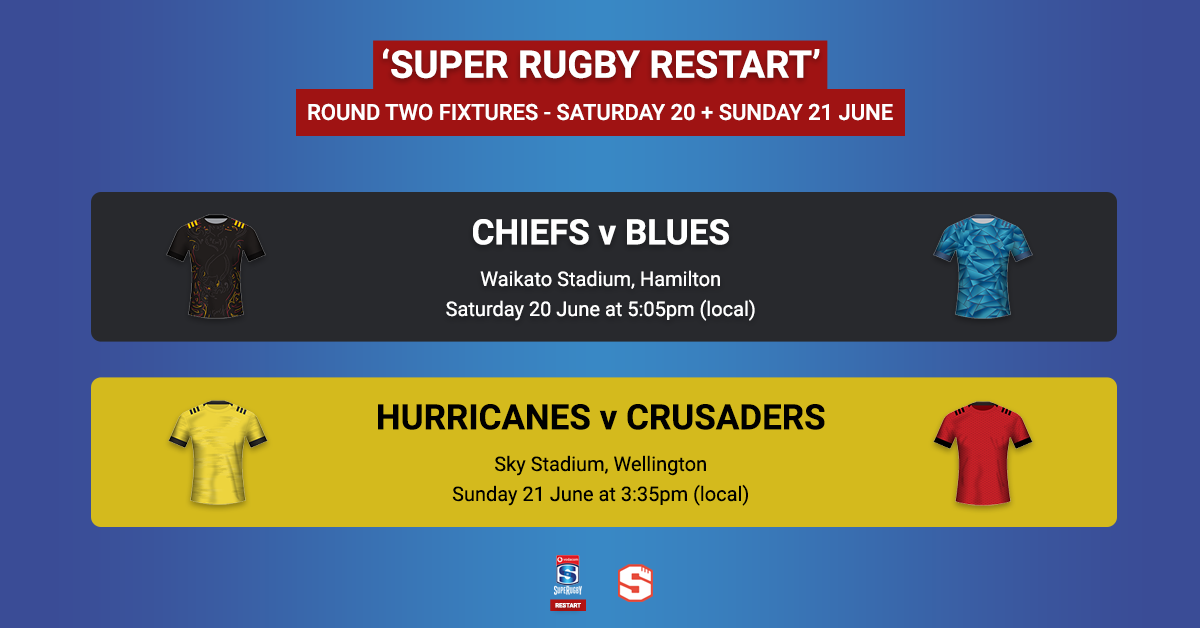 The Blues have been playing well in 2020, carrying on from where they left off in March with another win over the Hurricanes last weekend. The Chiefs lost in Dunedin, but they are back at home with Aaron Cruden restored at fly-half, and confident in the knowledge that they’ve only lost once to the Blues since 2011. I’m tipping a home win here. Chiefs by 7

Ardie Savea is back for the Hurricanes, starting his first match since the World Cup semi-final last year, but they’re up against a very strong Crusaders team making their first appearance in this mini-tournament. The backline is extraordinary, with Richie Mo’unga pulling the strings, orchestrating Jack Goodhue, Breydon Ennor, George Bridge, Sevu Reece and Will Jordan outside him. I think there’s a bit less pressure on these matches, and I suspect we’ll see them throwing the ball around and it could be high-scoring. Crusaders by 13