Hutch  |  Commercial Director
Thu 16 Jul 2020
Last week’s picks weren’t bad, with 3 out of 4 correct beating the community average, and 2 out of 4 within MP range. I was a little disrespectful to the Force, who kept it closer than expected against the Waratahs, so I’ll need to recalibrate a little for this weekend. 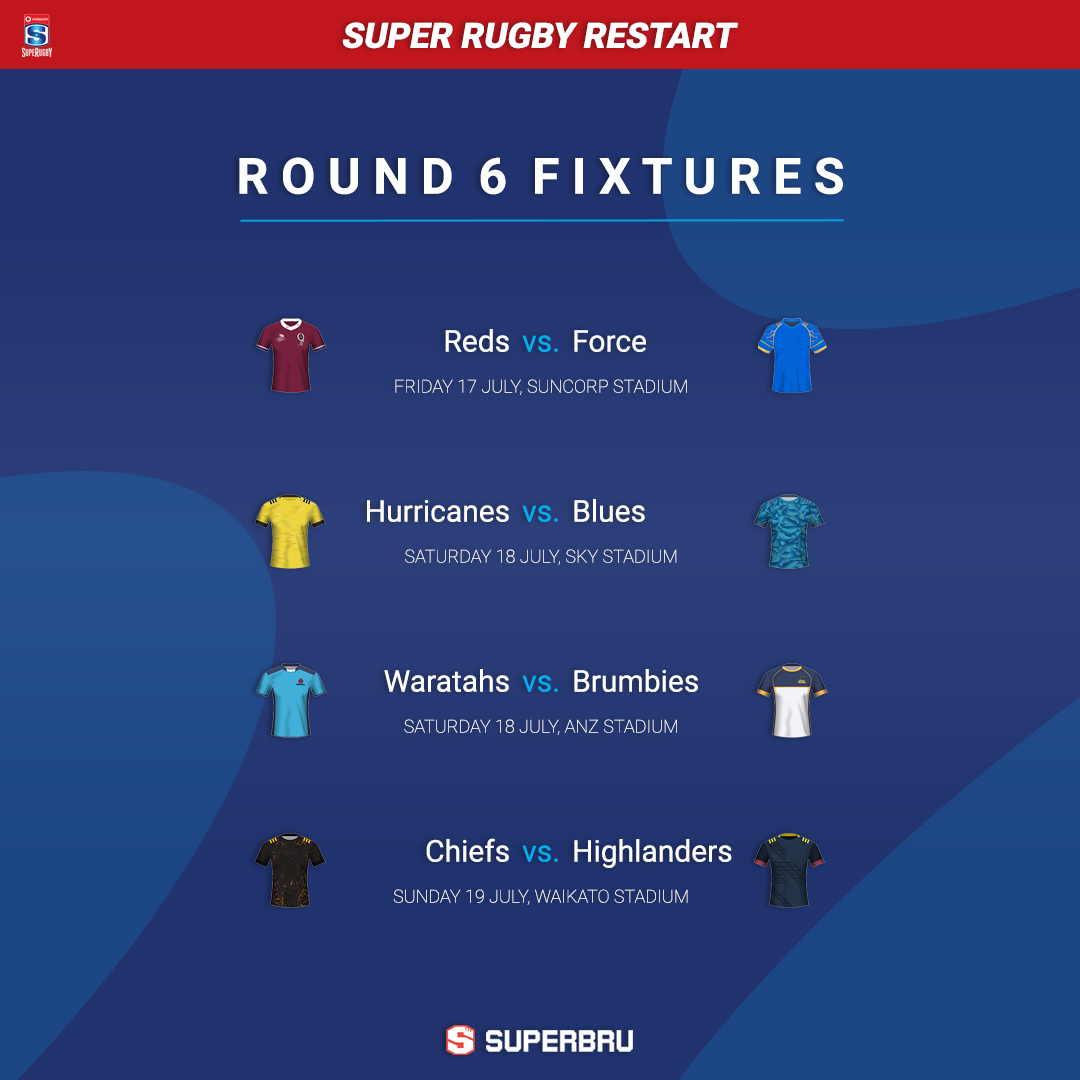 The Reds v Rebels game was one of the worst games I’ve seen for a while, and whilst the concept of sudden-death ‘Super Time’ at the end was exciting, the actual Rugby on the pitch was not. I suspect the Reds will win this one though, with the Force still looking short of quality. Reds by 13

The Blues were beaten for the first time in a while, but it wasn’t a huge surprise away at the Crusaders where nobody wins. They’ve won the last two against the Hurricanes, both played this year, and the majority of people on Superbru are backing the Blues. Not me, though, I’m picking a home win for Beauden Barrett’s former team, and it should be a cracker to watch. Hurricanes by 4

The Tahs have had just one win over the Brumbies since 2015, and they’ve been fairly underwhelming in this tournament so far. Tom Banks is back for the Brumbies, and they seem to be head and shoulders above the other Aussie teams. Brumbies by 9

This is a tricky pick to finish the round, with the Chiefs looking out of sorts and without a win since lockdown, whilst the Highlanders have only managed one victory themselves - a 1-point win in Dunedin in June. I’m leaning towards a home win here, but will wait until lineups are announced before locking in my pick. Chiefs by 6

Jersey-puller
17,921 caps
Hurricanes vs Blues without doubt the trickiest pick so far! The stats say Blues but as when teams play the All Blacks it seems to take it out of them for the next game but mainly if they beat them. So perhaps its the same for teams after playing the Crusaders? Perhaps its a good thing the Blues didn't win in Chch? I was going to change my Chiefs v Blues pick when they played & it cost me dear. So do I back the Blues this time or will 'Law of Sod' curse me if I don't go for a home win again. Wgtn HAVE to win if they hope to catch the Crusaders and hope the Red & Blacks implode.
Report

Rufus
37,268 caps
blues are resting a few key players so going foe the canes here. will be interesting as we could have the Barrett brothers opposing each other at fullback and i think Jordy has the edge there so far. plus going for a draw in the other local derby. 16 Jul 23:16
Report

Barney
28,033 caps
Hurricanes and Highlanders might surprise us...…..
Report