Hutch  |  Commercial Director
Wed 8 Jun 2022
We’re at the semi-final stage of Super Rugby Pacific, with two matches in New Zealand to look forward to this weekend.

Here are my Super Rugby predictions. 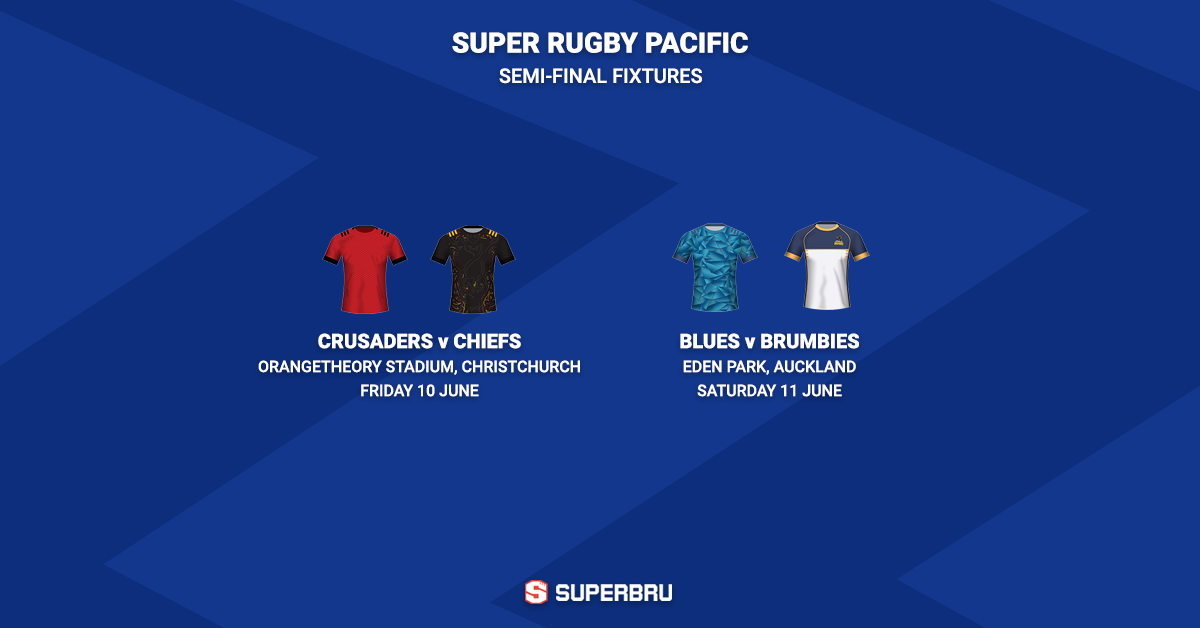 The Crusaders have been beaten 3 times this season, including at home to the Chiefs back in March, but given their history at the sharp end of the Super Rugby season, it’s impossible to pick against them in a semi-final. Crusaders by 9

The Brumbies came from behind to beat the Hurricanes last week, and are fully deserving of their place in the last four. Their season is likely to end here though, up against the Blues who haven’t been beaten since the opening round. The Blues should win here, and the final next week will be something to behold. Blues by 13

NRL-NZ legend 912
15,433 caps
Crusaders with 6; The Chiefs will struggle to beat them in a semi final at home, but it will be a close game.
Blues at home this year are hard, and Brumbies also showed us what they can do. Blues had a good season and one good win against the Crusaders in Christchurch. Blues with 9, but if Brumbies will come to mean some business and they win (upset) Brumbies with 2.
Report

Jersey-puller
25,973 caps
Its knock-out rugby, quite literally for the Reds' half-back! So anything is possible. That was a hard game for the Crusaders last round, I reckon it took a lot out them. But the Chiefs had it almost as hard. Sometimes I look at the line-ups and ask myself "Who would get into the opponent's XV?". The Blues might only take 3 or 4 Brumbies if offered. Ever since Graham Henry got involved 2 years ago the Blouse have started to reach their potential, if only they even half fill Eden Park though. Both games to be settled by a late single score 'probably' by the hosts. 8 Jun 14:43
Report