Hutch  |  Commercial Director
Thu 12 May 2022
My average season continued last weekend, with 4 out of 6 correct and I failed to pick the Brumbies to win yet again.

Here are my Super Rugby predictions for Round 13. 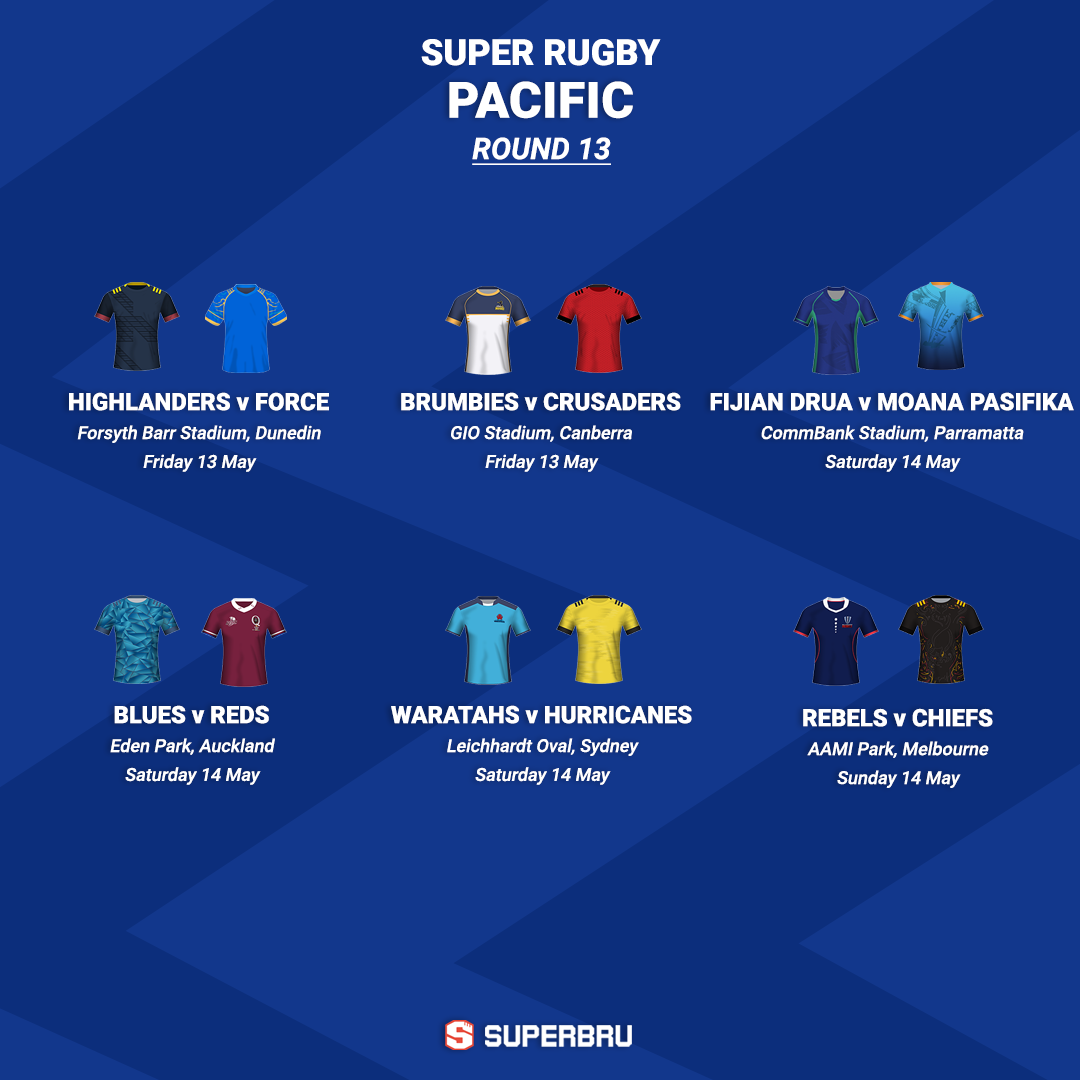 An easy one to start off with, as the Highlanders return home fresh from a win over the Reds. This should be a comfortable home win. Highlanders by 18

Just as I’m coming around to picking the Brumbies, they lose a couple of key players to injury as they come up against the Crusaders. I’m going with an away win. Crusaders by 7

The tournament newcomers face off for the first time, with one win each to their name this season. I’m backing the side that plays in the tougher conference. Moana Pasifika by 8

The top-of-the-log Blues should win the battle of the colours this year, particularly with home advantage. Blues by 16

The Tahs are without Michael Hooper again, and they’re a different side without him, so I’m giving this one to the New Zealanders too. Hurricanes by 6

The Rebels conceded over 70 points to the Blues last weekend, and surely they can’t turn that around to beat the Chiefs here. Chiefs by 18

Craig
8,306 caps
I think the Force can beat the Highlanders, they probably won't but they could, they also have the Moana Pasifica game in hand so can still make the play offs. I reckon the Fijian Drua beat Moana Pasifica. Love that you picked my darling Crusaders
Report

kelv
7,382 caps
Weird choice at 10 for the Highlanders not ideal but they should still win. Until the Crusaders clicked last week would ve said Brumbies. Barring more card problems the Crusaders should win.
Canes too win is optimistic. They maybe should but they're very hot n cold.
Report

ADMIN
Jack
35,790 caps
Hey Nick, this is because once we increase the players per team limit in a tournament, we can't reduce it down again. For example, if we boosted URC to 8 this week, some brus would have 8 players from a certain team in their squad which we can't then ensure is reduced back down to 4 for the final league stage round which is a full 8-match round. Once we reach the playoffs stage of the URC, we can increase the players per team limit when required like we do in the Champions Cup finals as the number of teams playing obviously only reduces with each round at that stage. 13 May 12:50
Report

The Professor
53,893 caps
Jack.
Reading between the lines im thinking you will be upping Super Pacific Rugby weekly transfers to 6 next season... 16 May 02:29
Report