Hutch  |  Commercial Director
Fri 17 Jun 2022
It’s the final we’ve been expecting between the two best teams, but it’s no less exciting a prospect because of it. There are All Blacks all over the park, and I enjoyed the promotion photo with Scott and Beauden Barrett representing the Crusaders and Blues respectively.

Here is my pick for the Super Rugby final this weekend. 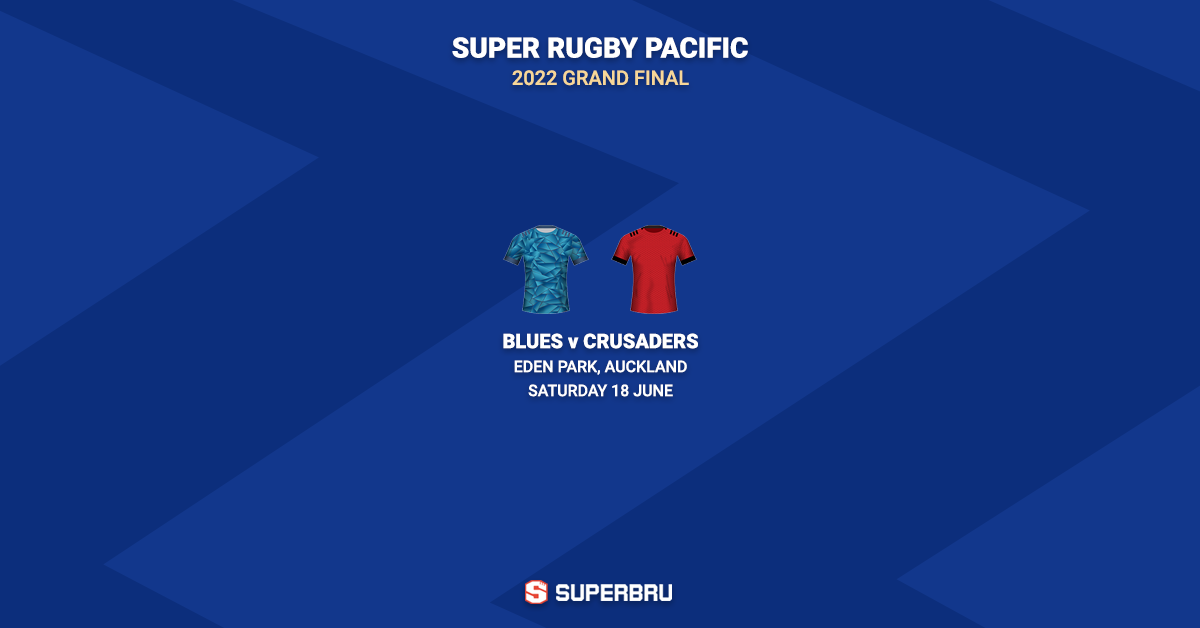 Picking the Crusaders to win a Super Rugby final is usually a fairly safe option, but I’m going with the home team here. They are unbeaten since Round 1, and that winning momentum should stand them in good stead in front of their home crowd. Crucially though, in April this season they ended a run of defeats to the Crusaders going back to 2014 and that should give them the confidence to get over the line in Auckland. Blues by 4

Mighty Bambino
17,125 caps
Crusaders by 3 - deadlock after extra time then poor discipline by the Blues !!
Report

NRL-NZ legend 912
17,246 caps
Blues with 2 points, but if the Crusaders come to play and play their best the Crusaders with 3. Too hard to say the winner, but it will be close, no run away match for both teams. All the best both
Report

Jersey-puller
26,918 caps
Crusaders by 8. Based on their much better defence. 250 odd tackles and many were double tackles by the Crusaders. Compared to how easily the Brumbies breached the B-Lose line. As long as the Crusaders can keep all 15 on the pitch and not give away own half penalties, as Perofeta misses far less kicks than he does tackles! But I'm a one-eyed Crusaders fan.
Report

Jersey-puller
26,918 caps
Hi Peter. Actually I upped my margin by 4 to 12. In the end they could have won by 30! Two near misses & a marginal disallowed try due to blocked camera angles all in thre first 15 minutes. A telling moment was the outgoing Blues prop shaking his head as he passed on a few words to his replacement after 53 minutes. Big leaderboard changes in both our 4TOP200/2% club pools. 18 Jun 16:27
Report

DreadedRed
30,533 caps
Expecting the Crusaders to lose a Final is insanity. I'm typing this with my nose because this straight-jacket is too damn tight. Blues to win by six.
Report

James
59,157 caps
Crusaders will be too strong, let them into a final at your own peril. Saders by 6.
Report

Theogod
71,115 caps
Hard fought with Blues scraping through by 2
Report

MarjK
2,305 caps
Yes I have got something to say, Perofeta would have been better playing at 10, he is a Fabulous distributor and injects the Go Forward! Barrett did not inspire!!! Did anyone notice him kick ahead when he had Reiko and Scheck running inside him...OMG. Only Reece was in front of them. A Try gone begging?? He also passed a short pass directly to a Crusader player??? On replays the team will see it, thanks for nothing BB!
Report

TOPGUN
9,255 caps
MarjK, why the anger, when you support Moana Pasifka who come bottom and so did you. LOL!
Report
Edition: North America change
Superbru on Facebook
Superbru on Twitter
Superbru on Instagram