Now, if you’re a T20 cricket fan, there’s a good chance many of these names are already familiar to you, and that’s because each of the franchises are owned by the same people/groups as many of the IPL franchises. As a result, the teams are essentially brother/sister franchises of those in the IPL. E.g. Pretoria Capitals are owned by the Delhi Capitals owners, Paarl Royals are partnered with Rajasthan Royals and so on.

Former Proteas captain Graeme Smith is the SA20 League Commissioner and the regular season begins on Tuesday 10th January in Cape Town. The regular season runs through to February 7th, with a short break in late January to allow for players to be available for the upcoming 3-match ODI series between South Africa and England.

Once complete, two semi-finals take place on the 8th and 9th February ahead of the final on Saturday 11th February.

On Superbru, you can join a brand new Predictor game for the SA20 here:

To join the SA20 Predictor on the Superbru app, tap the '+' icon in the top right corner of our home tab and select 'Join a tournament'. 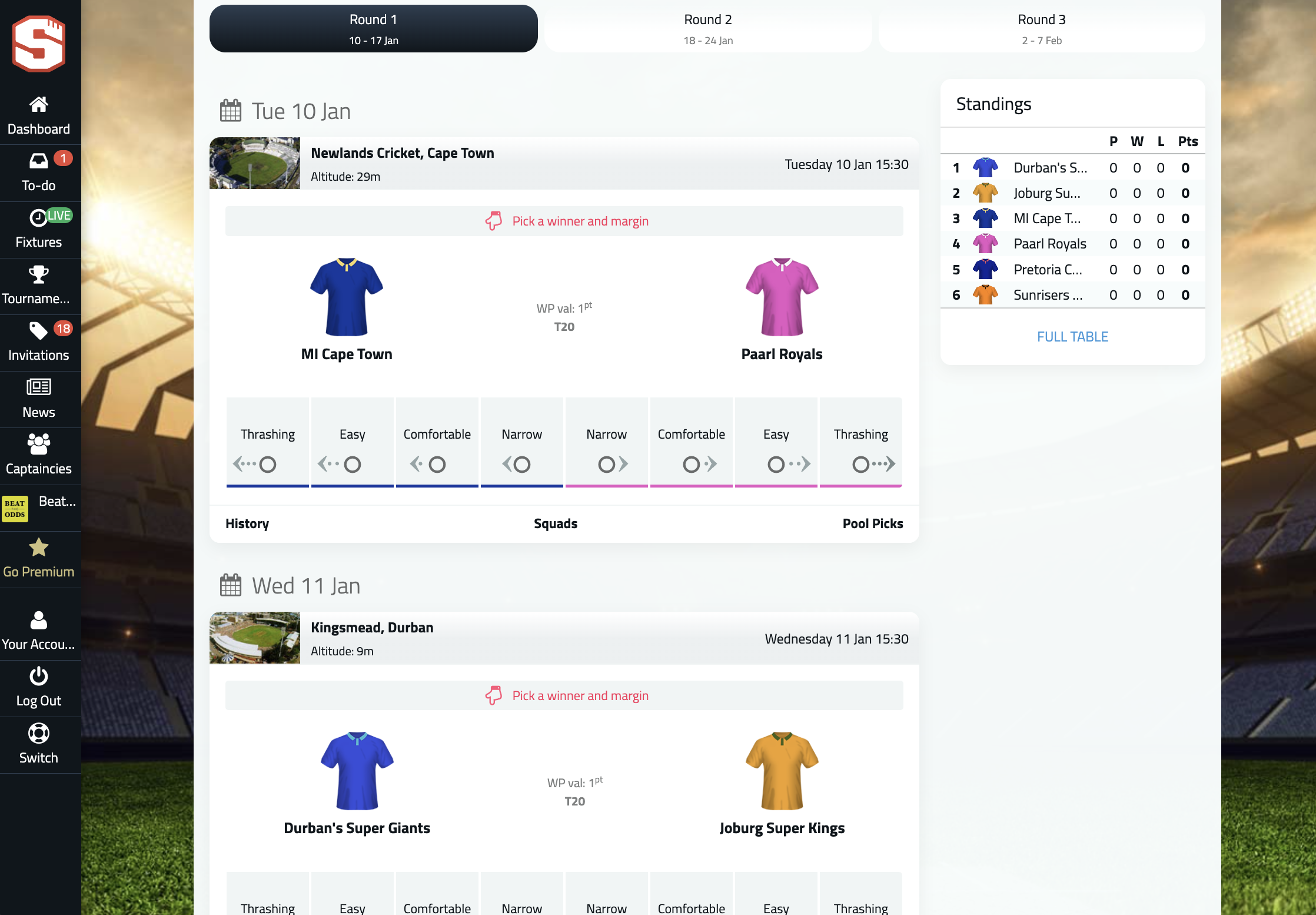 Of course, with everything totally new in this inaugural campaign, picks won’t be easy. However, as with many of the other franchise competitions around the world, the main thing to go off is how strong you believe each squad that the franchises have drafted is.

Partly because of the links to the IPL franchises, there are a number of very high profile players in this new South African competition, with quite a mix of overseas and local talent. MI Cape Town stand out as having a particularly strong side... you can find the six SA20 squads for the opening season listed below.

As with all franchise competitions, it's worth noting that these squads are subject to change. For instance, England star Harry Brook was originally in the Joburg Super Kings squad before being withdrawn by the ECB to manage his schedule. Brook's replacement is yet to be confirmed at the time of writing.

Good luck with your picks in our Predictor and let's hope this proves to be a great new tournament in South Africa!
Enjoyed this? Share it!

dugardy
13,775 caps
I would have said the same before last nights game, just goes to show

Bigmacomeback
249 caps
Yea I am
Report

LBez
5,190 caps
When will the teams for upcoming matches be updated so that I can make my picks
Report

prophet
7,438 caps
This tournament will showcase Dewald Brevis as SA's most talented batsman since Barry Richards. And afterwards CSA will have even more egg on their faces for not selecting him in the recent World Cup or the Oz test tour.
Report

The Gunslinger
9,712 caps
A wonderful introduction to the competition Jack. I expect to do terribly in the first round.
Report
Edition: North America change
Superbru on Facebook
Superbru on Twitter
Superbru on Instagram