Hutch  |  Commercial Director
Thu 28 Oct 2021
The November Internationals kick off this weekend, even though it’s still October, and actually that has a bearing on team news and our predictions for the opening matches.

Most teams begin their campaigns next weekend, but Wales v New Zealand and Scotland v Tonga take place on Saturday, outside the World Rugby international window, and therefore clubs are not obliged to release their players to their countries.

With that in mind, here are my November Internationals predictions for this weekend. 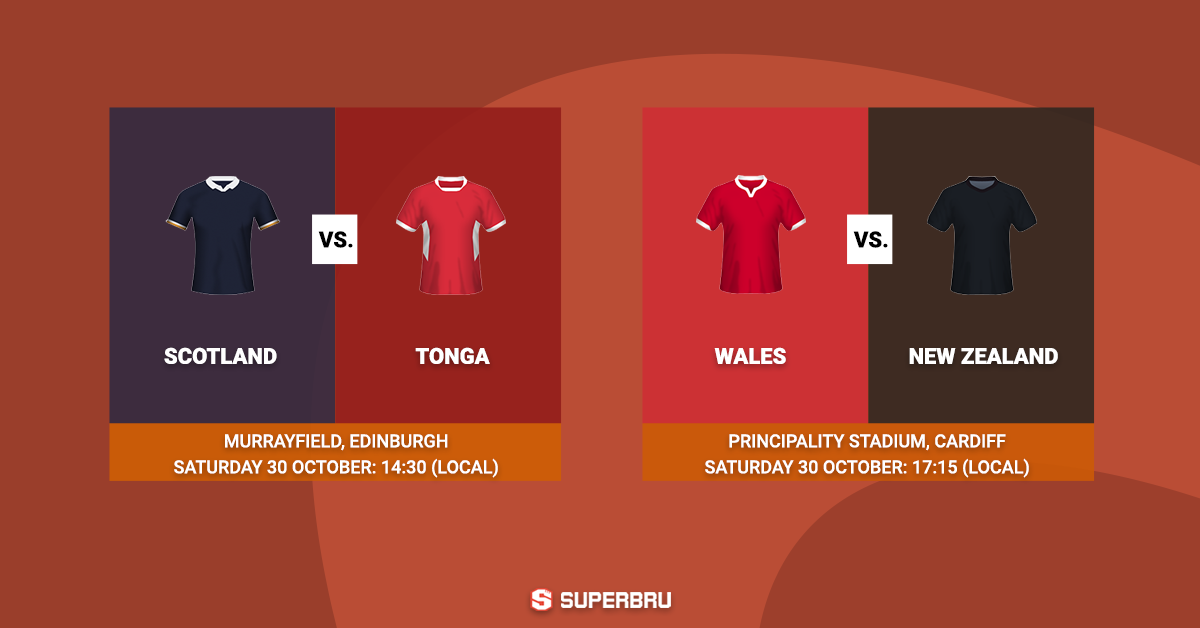 The Scotland team is made up entirely of Edinburgh and Glasgow players, which should lend some familiarity in key positions, but they are missing captain Stuart Hogg and playmaker Finn Russell. Ali Price of Glasgow and Blair Kinghorn of Edinburgh form the half-back pairing, and given the Scots haven’t played a Test since the Six Nations, I’d expect a degree of rustiness. Scotland by 26

The Welsh squad depth will be sternly tested this week, with hordes of players missing - Dan Biggar, Taulupe Faletau and Louis Rees-Zammit remain with their non-Welsh clubs, George North, Leigh Halfpenny and Justin Tipuric are amongst those missing through injury, and Willis Halaholo has been denied a first cap after testing positive for Covid. The All Blacks probably would have won the match anyway, but a big score is looking more and more likely. New Zealand by 25

Good luck with your own picks in Round 1.

Fieta
3,222 caps
New Zealand could've been the wooden spoon team in the Rugby Championship and they will still give wales a good hiding - a rugby lesson. You cant really compare North vs South, 2 different styles of rugby. Although, I think South Africa & New Zealand can play both styles excellent 2 Nov 23:38
Report