Hutch  |  Commercial Director
Thu 1 Jul 2021
Test Rugby returns in earnest this weekend, with the Lions, the Boks and all the other major Test nations in action.

Here are my rugby predictions for the weekend.

We’ll start with a huge lion on lion contest in Johannesburg, where the British and Irish variety are expected to triumph. The South African Lions have been poor for a couple of seasons now, and whilst I expect them to have their moments and put up a proud fight, the tourists should win fairly comfortably. B&I Lions by 23

Don’t forget to join the Lions Tour Predictor before it kicks off this weekend.

And then over in the July Internationals Predictor... Here are the Round 1 fixtures. 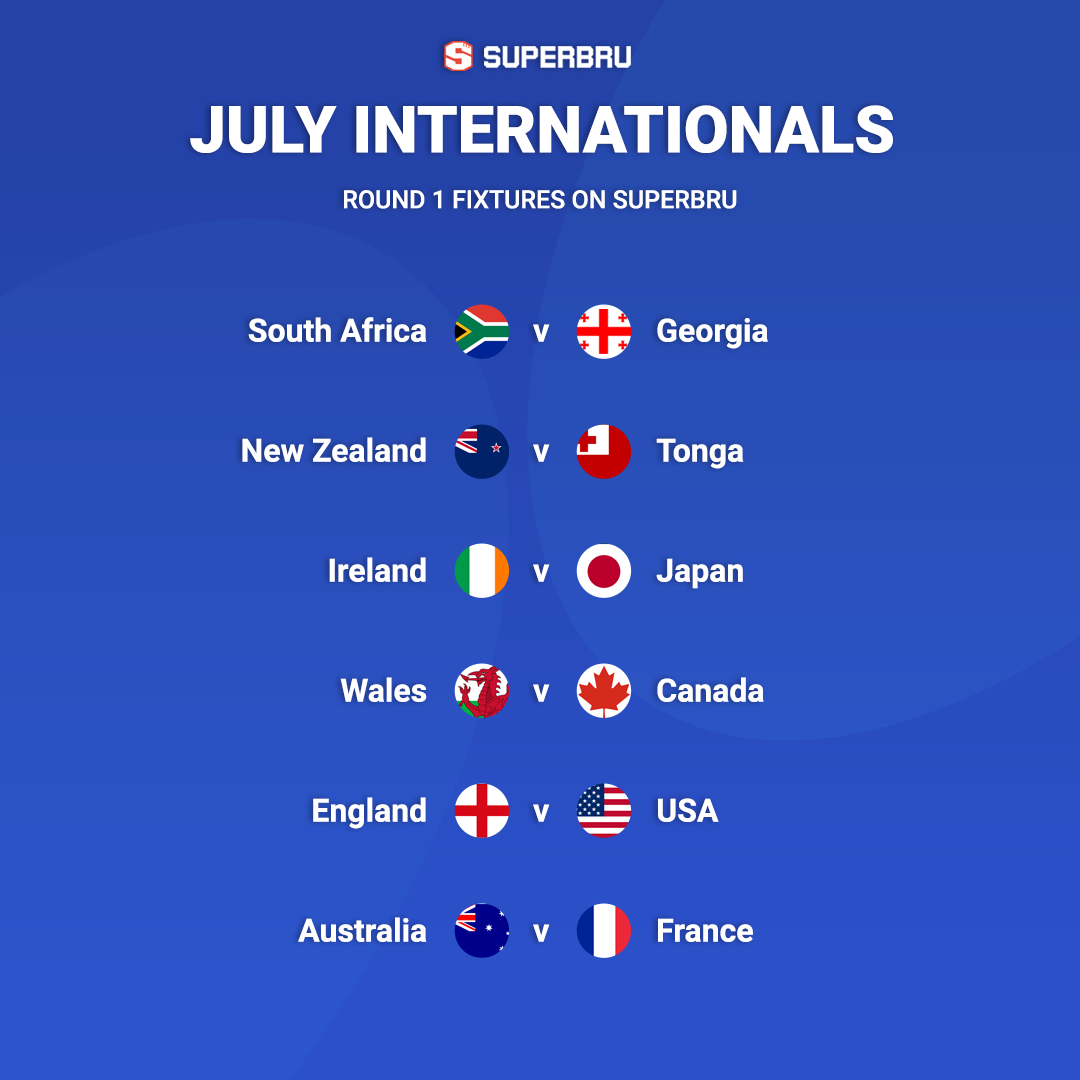 I’ll be interested to see how the Springboks approach this fixture as they seek game time ahead of the Lions Tests. I expect them to win, but I don’t think it will be the huge margin that the bookies are predicting as they try to emulate a tight contest, rather than putting on an exhibition throwing the ball around from all corners of the pitch. I would think they’ll also kick the ball away a fair bit, letting the Georgians test their defensive systems, so a try-fest seems unlikely. South Africa by 26

This is where to look if you want a try-fest. Poor Tonga, this isn’t going to be pretty as a very strong All Blacks side takes them apart. New Zealand by 71

Japan will benefit from their run out against the Lions in Edinburgh last weekend, and they showed glimpses of what we know they are can do. With several players away on Tour, Ireland are understrength, but it’s a chance for some players to stake their claim on the green jersey, and they should still have enough to win in Dublin. Ireland by 16

There are lots of absentees for Wales too, but Canada are usually fairly poor, and whilst there’s not huge depth in the Wales squad , there is still plenty for this match. Wales by 28

England do have plenty of depth in their squad, and there is a real opportunity here for some second-string players to make their mark. It’s also an opportunity for England to test out their attacking game, which we’ve seen very little of recently, and I would think they’ll win by several scores without conceding. England by 36

This is the trickiest fixture to pick, between two Tier 1 nations, and if it were in Paris, I wouldn’t hesitate to pick the French. However, they aren’t keen on travel, and given the Covid restrictions in Australia at the moment, they’ll be enjoying it even less and I suspect the Wallabies will prevail here. Australia by 6

TheVikingKing
1,896 cap
So Lions tour happens, only every 4 years. And no fantasy??? But you have a fantasy for Super Rugby Aotearoa. Would have been sufficed even if the fantasy was only for the 3 test between boks and b@i lions.
Report

The Professor
45,836 caps
Definitely agree there should be a fantasy company for the Lions vs springboks tests
But I guess you guys are busy organising the Olympics predictor games.
Report

DreadedRed
19,796 caps
Not sure that a full Fantasy for the Lions tour is feasible or even warranted. Don't get me wrong, the Fantasies are far and away my favourite tournaments on Superbru. I just don't see how it would work. For the 'warm-up' games, ALL the players in your squad from provincial sides would have to transferred out after one game. The Maximum Players per Team would need to be at least twelve (12 + 12 = 24, with Fantasy Squads comprising 23 players); meaning that all brus will pick 12 of the 15 starting Lions, leading to vast swathes of identical squads.

Even if the Fantasy only applies to the Tests, the variance in Fantasy Squads would be miniscule. Planning ahead for future matches (critical to success in Fantasy tournaments) would hardly apply, robbing well-prepared brus of any advantage.

Winning a Superbru Fantasy by throwing darts at Team Lists (sheer luck) is hardly a reflection of well-earned success.

Of course, if Superbru do host a Lions Tour Fantasy, I'll enter, no doubt. Pe

TheVikingKing
1,896 cap
Let them use the same structure, that was used for the Six nations, 4-5 months ago. Worked fine! Also had players drop out due to Covid, even had matches cancelled and fantasy still ran great!!! Point is this. Lions tour only happen every 4 years. South Africa will only see them again in 12!!!! This would have been a special fantasy for a special rare occurrence in rugby! Sorry to say but, ball dropped on this one Superbru team. It would have been like making picks for 3 World cup finals matches for your fantasy squad. Never seem to have problems with finals and high number of player transfers. So what would difference have been now!! 1 Jul 16:06
Report