Hutch  |  Commercial Director
Thu 13 Jan 2022
The Heineken Cup returns this weekend, with time running out for teams to secure their places in the next stage, and some of them have must-win fixtures.

Here are my Heineken Champions Cup predictions for Round 3. 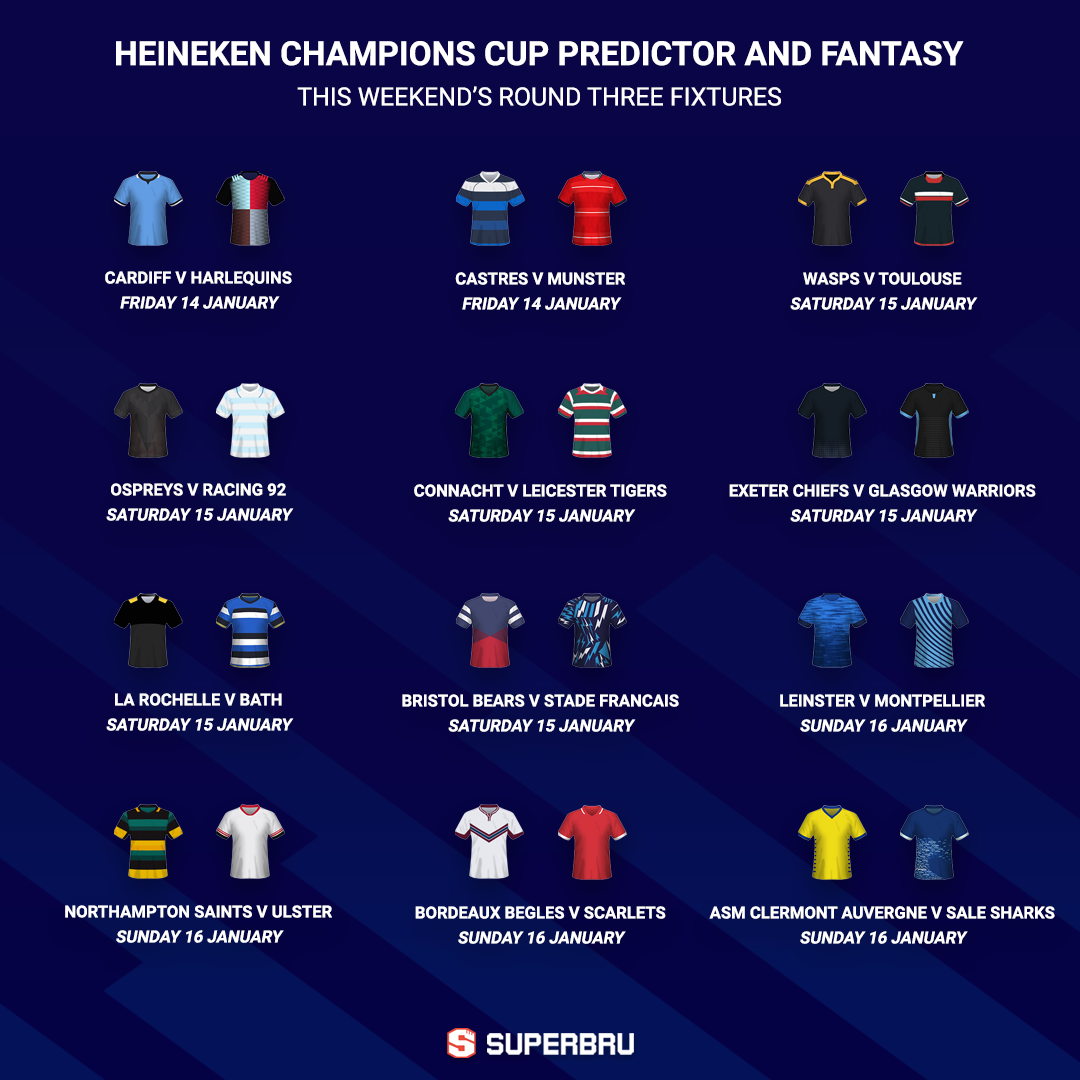 Quins won the reverse fixture by 26 points, and should be able to follow that up with an away win. Harlequins by 9

This is a tough trip, and Munster haven’t been at their best, but I’ll go with the majority in picking a win for the Irish. Munster by 4

The French are likely to be too good for Wasps, although an upset isn’t out of the question. Toulouse by 6

This should be a comfortable win for Racing, the superior team by a distance on paper. Racing by 23

The Tigers suffered their first defeat of the season last weekend, and this is a difficult away fixture. I’m tipping them to prevail and put last week’s loss down as a blip. Leicester by 2

Finally I can pick a home win! They were beaten away from home, but Exeter should come through this at Sandy Park. Exeter by 6

This should be another home win, with Bristol making their first appearance of the tournament after their first two matches were abandoned. Bristol by 13

This should be a great fixture at the Aviva Stadium, and it’s hard to pick against Leinster at home, even against a big French side like Montpellier. Leinster by 6

Everyone will pick Ulster here because they’ve won two, whilst Northampton have lost two so far, but I’m leaning towards a home win, based mostly on instinct. Northampton by 4

Scarlets are also yet to play a match, and this is a tough opener away in Bordeaux, and I expect they’ll come away empty-handed. Bordeaux by 13

Clermont know they need to win to keep their hopes alive, and you have to back them at home, where I suspect they’ll deny Sale a losing bonus point. Clermont by 9

Chess05
2,510 caps
Dont underestimate the Ospreys, they have a fighting spirit and Im backing them for the upset!!!!
Report

The Professor
49,935 caps
Leinster by 6 hutch
Only 80 points out!
Very tricky comp to pick predictions with many undetstrength teams