Jack  |  Social Media & Communities Manager
Tue 11 Jan 2022
As many of you who have already joined our Currie Cup Predictor game will (hopefully!) already know, the tournament has moved to a new January kick-off slot within the rugby calendar and will begin on Friday night when the Pumas host the Bulls.

Since throughout the pandemic there have been various domestic South African rugby competitions starting at different times of the year, things have gotten quite confusing for us all, but SA Rugby’s announcement regarding this year’s Currie Cup suggests we can now get used to a January start as the domestic calendar has been ‘realigned to dovetail with the northern hemisphere season' following the entry of 4 SA teams into the United Rugby Championship (URC).

Key rugby season dates for South African rugby: As you can see from the above dates, this change to the calendar means June 25th will mark the end of the season for all players featuring in the Currie Cup and the URC.

The newly promoted team for 2023 will be guaranteed their place in the Premier Division for 2 years (until the end of the 2024 season) with relegation/promotion happening every 2 seasons going forward.

As previously mentioned, the competition begins on Friday with the Pumas hosting the Bulls before the Cheetahs take on the Griquas and WP face the Lions on Saturday. Be aware that Round 2 is right around the corner as well as that will be a midweek round on Wednesday 19th January. 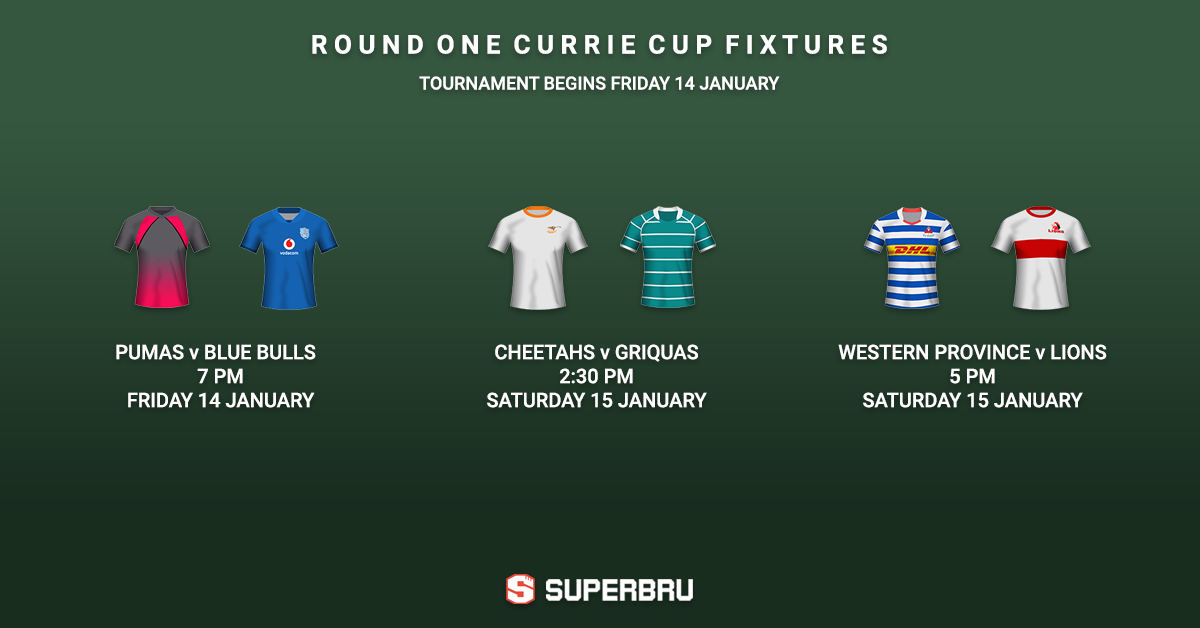 Best of luck to all with your picks in Round 1 and make sure you spread the word about this new January kick-off to your Currie Cup pool mates!

Hennie
6,818 caps
That's exactly what happened a couple of years ago with the Super Rugby. SARU scheduled the CC fixtures to start the weekend before the final. Clear message from them that no SA team would reach the final. Then the Lions played in the final and they had to adjust the first weekend's schedule. Absolute chaos! Poor Griquas,, scheduled to play the Lions, ended up not playing that weekend after EP withdrew etc. 13 Jan 07:30
Report

TheVikingKing
2,467 caps
With senior squads focusing fully on URC. The Currie cup this year will hopefully unearth some good young players to move up through the ranks.
Report

Supperman
23,522 caps
A second b string side for the curry cupp all key players will focus on the urc
Report

DreadedRed
23,900 caps
Great comments! Having the finals on the same weekend is the right decision. Griquas, Pumas and Cheetahs will be pleased. The current structure really leaves them with nowhere to advance to. There is no chance of them earning a European spot in the URC. One of the three should make the Currie Cup final - I hope they win it.