Hutch  |  Commercial Director
Thu 30 Jul 2020
Having said last week that nothing less than a full-house of picks would be sufficient, I was always heading for a fall! The Crusaders losing at home, and the Rebels thrashing the Waratahs left me with a paltry 2 out of 4 with room for improvement this week.

This week looks quite tough to me, and here are my picks. 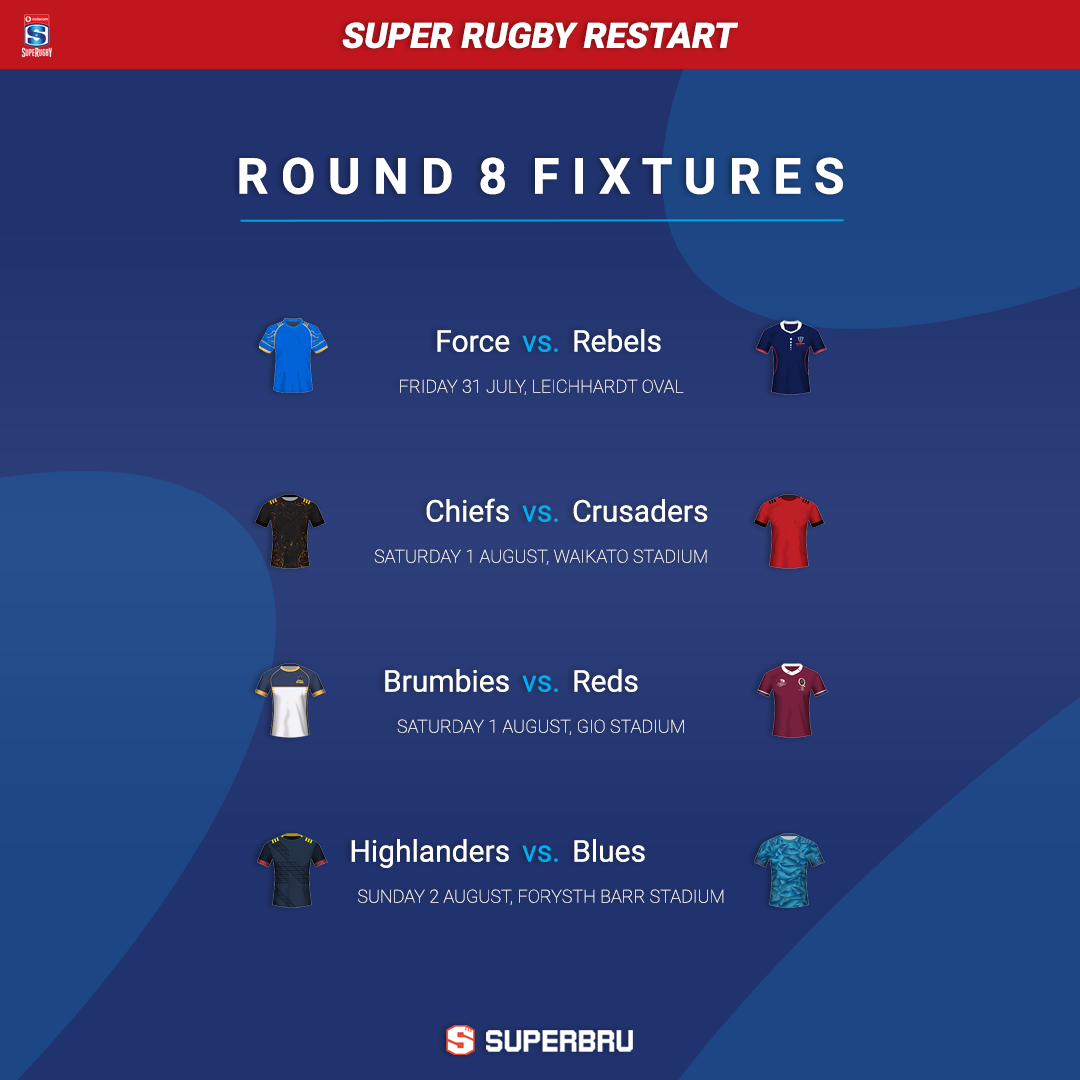 I’m going with the Rebels here, on the basis that they won convincingly away at the Waratahs last weekend, and the Force are not nearly as good as the Tahs. Seems logical. Rebels by 16

This looks like an obvious pick, but I’m sorely tempted to pick the Chiefs. They’ve been unlucky in their last few matches suffering narrow defeats, whilst the Crusaders’ defeat at home will give the Chiefs confidence. The visitors are also missing a host of star names, such as Joe Moody and Braydon Ennor, and it’s not as straightforward as the bookies and Superbru community would have you believe. I’ve talked myself into it. Chiefs by 2

This one looks fairly straightforward, with the best Australian team at home to the Reds. Both teams are unbeaten, but I can’t see the Reds winning this one. Brumbies by 13

The Blues have not won in Dunedin since 2011, but yet the bookies have made them favourites to win here. Teams aren’t out yet, so I won’t be locking anything in yet, but for now I’m leaning towards a home win for the Highlanders. Highlanders by 4

PHIL08
27,778 caps
Brave man Hutch!!
The AU games - not entertaining at all. Have not enjoyed watching most, if any. Brumbies the best, by a mile, of that group. Hoping for better tomorrow. Rebels should run away against Force by 24, Chiefs are going to be crushed by a Crusaders teams stinging frm last week's loss - 'Saders by 24, Brumbies by 14 and the high-flying Blues to overcome HLanders by 12. NZ rugby very nice to watch!!!
Report

Bryan_Physio
468 caps
Crusaders are hurt. They will smash a win. Rebels by 19. Brumbies looked far from convincing last week will go close. And the blues will take Highlanders by 9+
Report

Roland
88 caps
Roland
WF are going to cause upset soon what better against Rebels Force by 3
Think Chiefs are outsiders by far who's ever once again expect unexpectable Chiefs by 2. Grumbles/ Reds for me either way so go with my team Reds by 7. Highlands v Blues again not sure like colour blue so Blues by 9.

Neo9374
21,244 caps
The Au competition always prevent me from getting a gps , what a joke , Brumbies getting hammered
Report

DreadedRed
12,575 caps
Put an old car windscreen in front of the TV, and get yourself a paintball gun. Enjoy! 2 Aug 11:17
Report

PAULY BOY
3,232 caps
me too, plus bonuses 3 Aug 02:07
Report
Edition: North America change
Find us on Facebook
@Superbru on Twitter