Jack  |  Social Media & Communities Manager
Tue 31 Aug 2021
Both the Champions League and Europa League group stage draws took place last week as the top clubs from around Europe found out who they'll be taking on in the early stages of this season's major tournaments.

Now that those draws have taken place and fixtures have been confirmed, we have some tournaments available for you to join on Superbru. Like last season, we have a Champions League Predictor game and a Champions League Odds-based Fantasy tournament live while there's also already a Europa League Predictor ready and live for you as well as we have included the group stages of that competition for the first time.

This season's Champions League group stage draw includes some monster ties as the 'Pot 2' teams were as strong, if not stronger than those in 'Pot 1'. Manchester City and PSG are both in Group A, Group B looks an absolute belter with Atletico, Liverpool, Porto and Milan all together while other notable group pairings include Bayern v Barcelona, Inter v Real Madrid and Chelsea v Juventus. 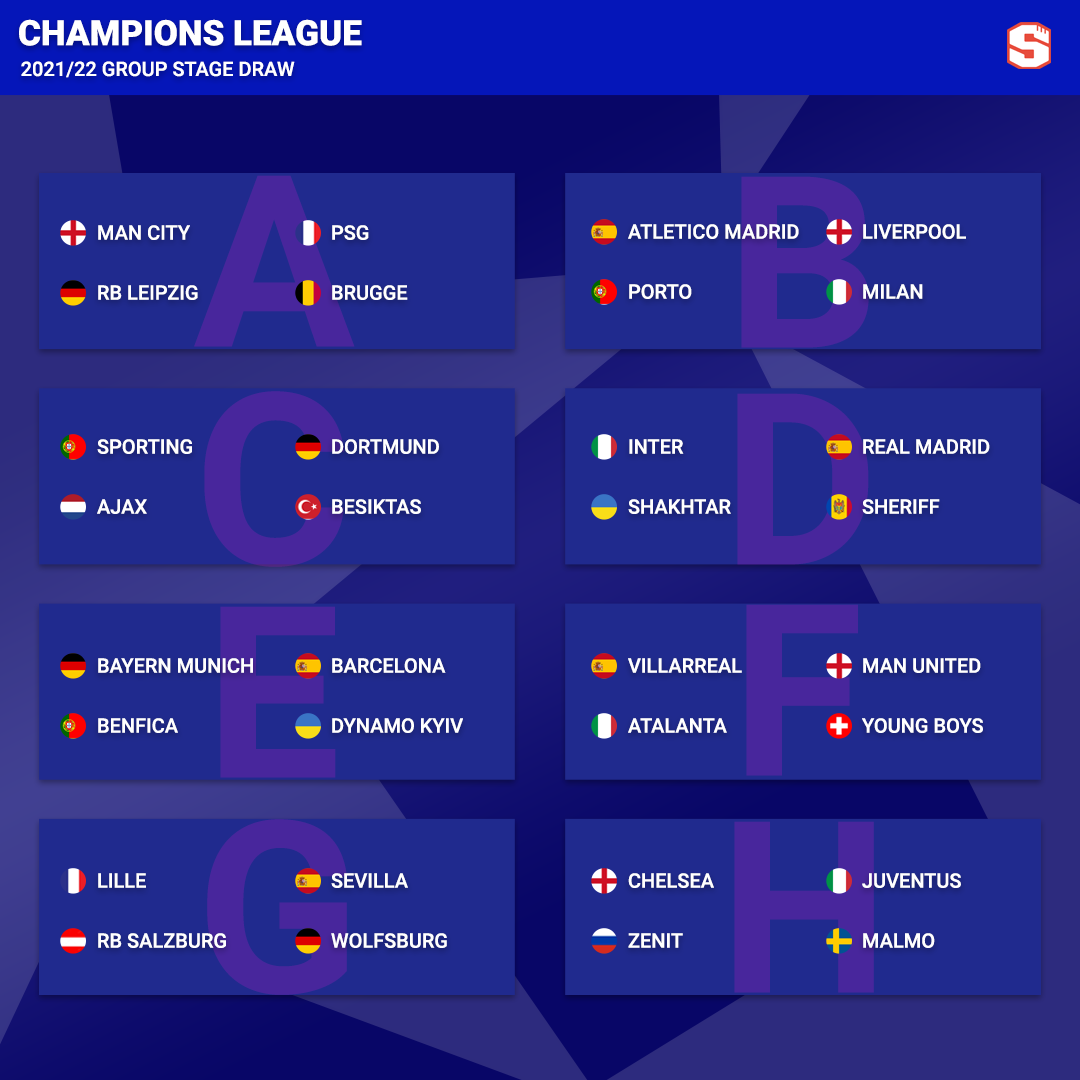 Due to UEFA introducing the new Europa Conference League this season (a kind of 3rd tier beneath the Champions League and Europa League), the format of the Europa League has now changed and the group stage consists of 32 teams rather than 48.

This year's draw is an interesting one with Leverkusen, Betis and Celtic together in Group G, Napoli set to face Leicester in Group C and we can expect plenty of atmosphere in Group E where Lazio, Lokomotiv, Marseille and Galatasaray will face one another. 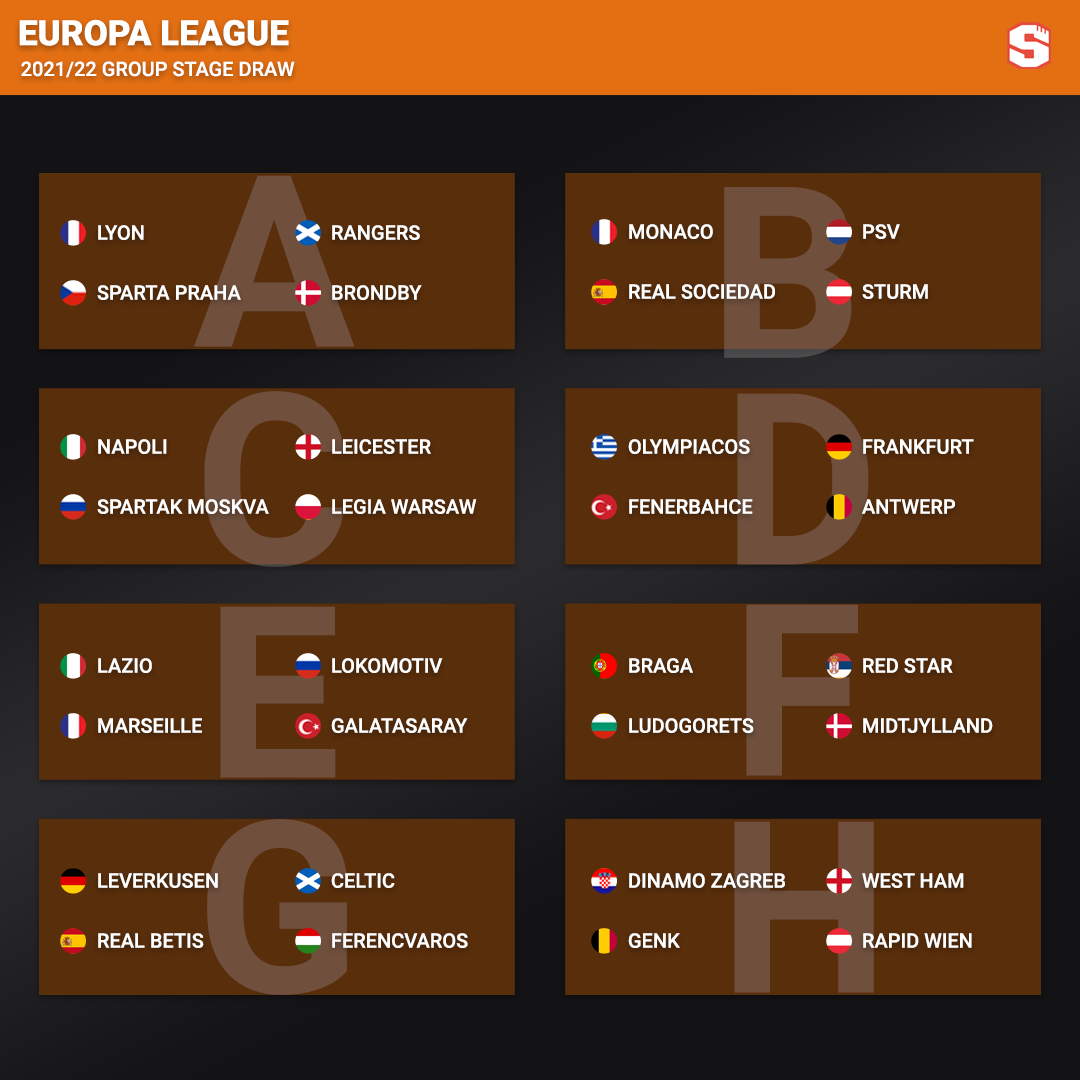 The Champions League begins in 2 weeks with the Europa League set to start the following day. You can join all of these tournaments now to begin setting up your pools and inviting mates so that you're all set for kick-off.
Enjoyed this? Share it!

Jersey-puller
22,615 caps
Man U got such a soft group (G) but Lille's looks easiest of all. Chelsea's group looks average but as you wrote Jack City & Liverpool won't have it their own way but should still progress. I see Spoz were in the THIRD TIER Europa Dopa Conference! I guess they will want out soon seeing as they somehow top the EPL after three dour 1-0 wins after 3 rounds.
Report

caplegal
19,750 caps
Will the knock-out games pre-round of 16 matches between the second place Europa League and the third place Champions League be part of our competitions? If so, which competition will they be part of?
Report

Jersey-puller
22,615 caps
Here is the official explanation. Blatantly biassed towards the 'Big Boys'.

The? group stage will be reduced from 48 to 32 teams – eight groups of four. The eight group winners progress automatically to the round of 16.

There will be additional knockout round play-offs prior to the round of 16; these will be between the eight UEFA Europa League group runners-up and the eight third-ranked teams of the UEFA Champions League groups.

Matches will continue to be played on Thursday (other than the final), now alongside UEFA Europa Conference League games. The matches of the two competitions will in principle be equally split between the two time slots: 18:45 CET (no longer 18:55) and 21:00 CET.
Who will be in the group stage?