Due to this year's FIFA World Cup taking place in November, we're set for fairly intense group stage campaigns with the rounds coming far more quickly than usual over the next couple of months.

Here's a look at the group stage draw in each competition as well as the links you need to join our games for this year's UEFA competitions.

This season's Champions League group draw is one we should all be looking forward to, unless perhaps you're a Viktoria Plzen or Maccabi Haifa fan.

Those two underdogs didn't have long to celebrate reaching this stage of the tournament before being drawn against some absolute giants of the game but Groups C and H should be a fascinating watch and Group A also looks like a belter containing four big teams with very strong fanbases. 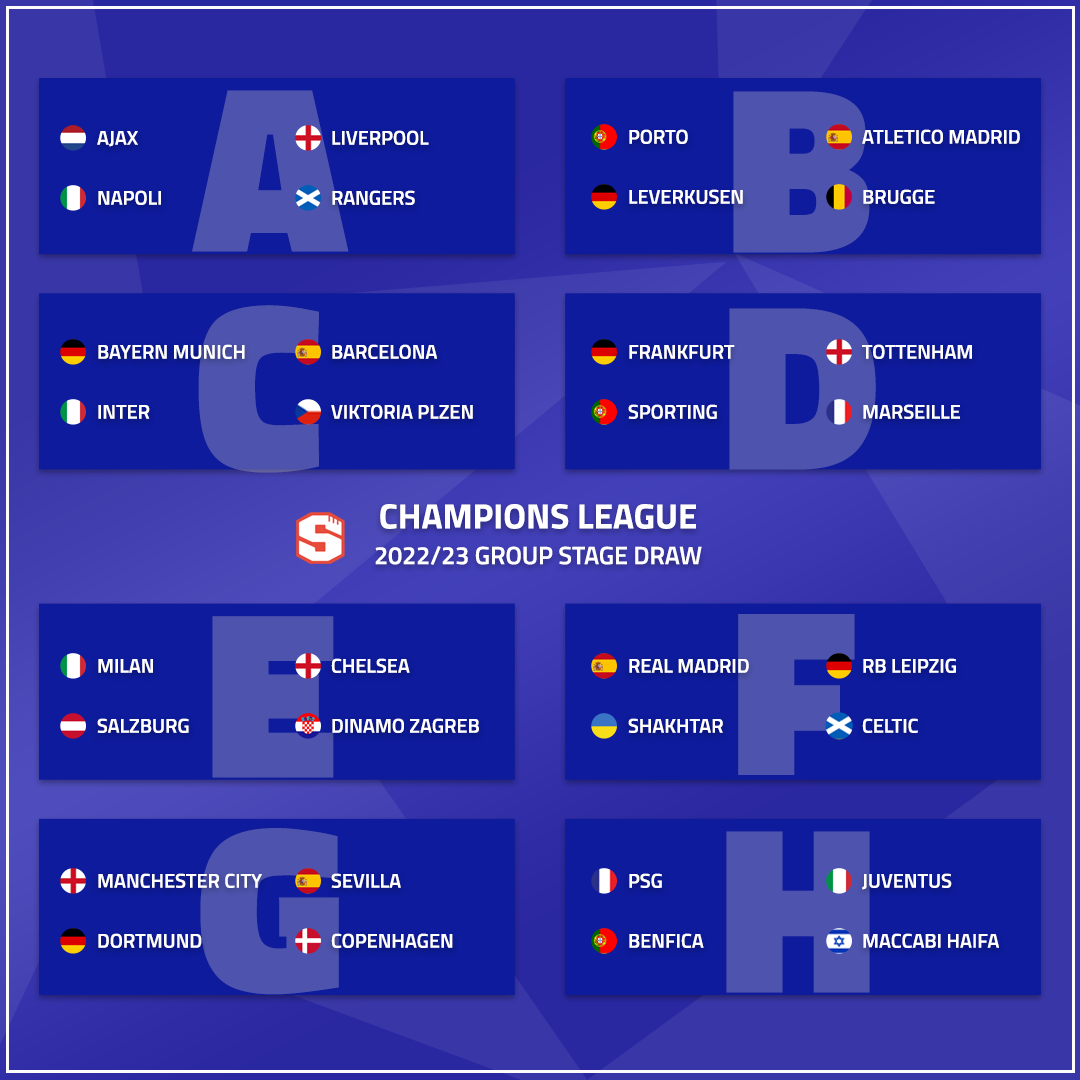 In the Predictor, you can compete against your mates to pick the scoreline in every match in this season's competition while in Odds-based Fantasy the aim is to tactically select goalscorers with the players considered less likely to score giving you more points if they do in fact find the net.

For instance, we all know Erling Haaland is inevitable, but are you prepared to risk picking Reece James instead of the Norweigan on Day 1 as the Chelsea wing back will score almost 4 times as many points per goal if he bags in Zagreb?

The Europa League group stage draw has handed Arsenal a meeting with Ruud van Nistelrooy's PSV and a difficult trip to Bodø/Glimt while Manchester United are set for a test against Real Sociedad as well as rare meetings with FC Sheriff and Omonoia.

Groups D and H look particularly even and we can expect a real challenge in the Europa League Predictor this year! 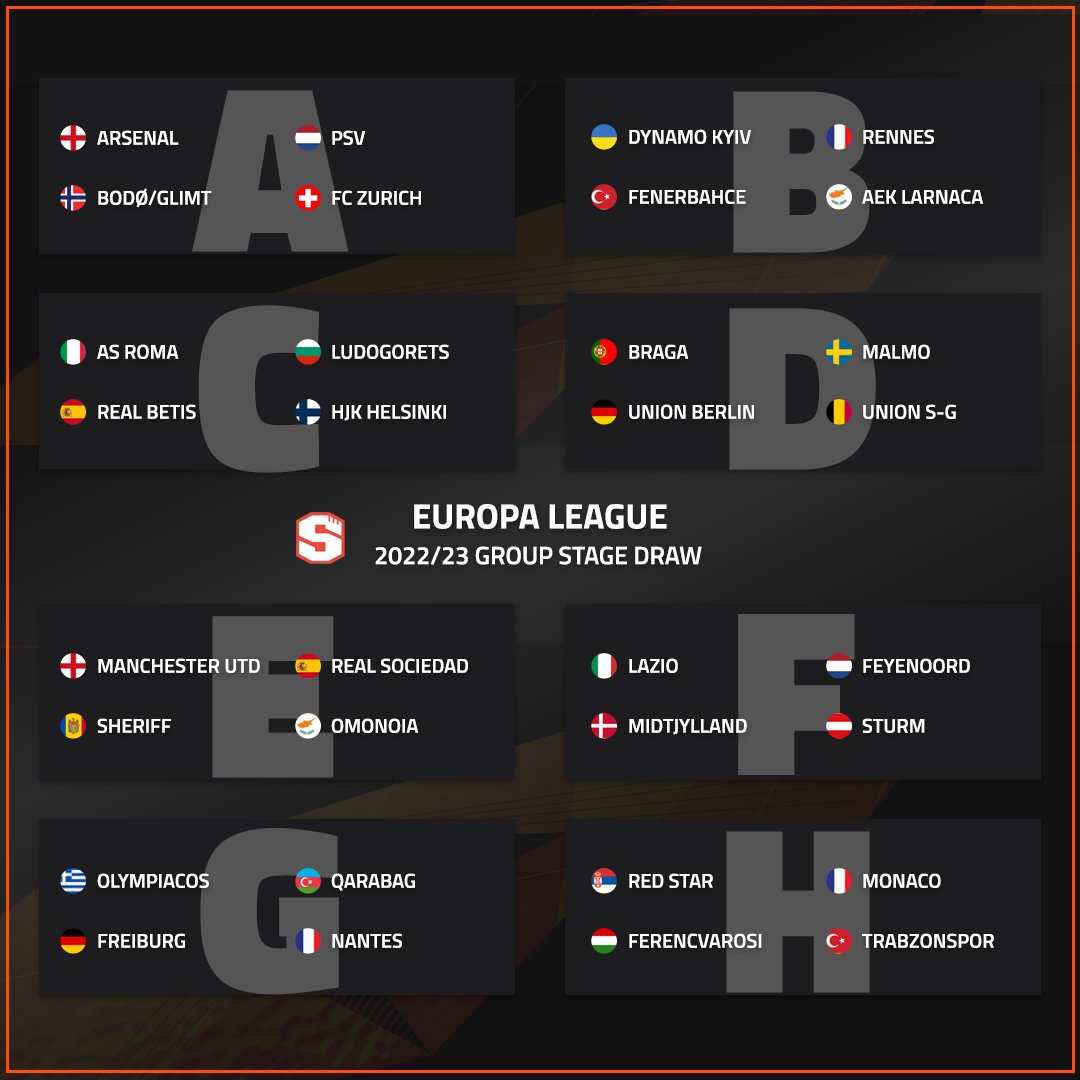 The Europa League is one of the more difficult competitions to predict on Superbru but there are certainly plenty of points available and if you're on form for one of these group stage rounds then you can climb the global rankings very quickly.

Remember, the teams who finish third in their Champions League groups will drop down into this competition for the playoff knockout stages in the new year meaning there'll be some very strong sides added to this Predictor tournament once we reach that stage next February.

We hope you enjoy this season's UEFA competitions and the games we have for them on Superbru. If you're yet to setup a pool and invite your mates to play along this season, make sure you've done so by tomorrow when the Champions League gets underway.
Enjoyed this? Share it!

Dylan7
670 caps
Jack you are the best
Report

OUTJIE
3,103 caps
Why does Superbru not have a end of the year ATP and WTA tournament.I think all the tennis fans are being necklected come on let’s have some more tennis
Report
Edition: North America change
Superbru on Facebook
Superbru on Twitter
Superbru on Instagram