Hutch  |  Commercial Director
Thu 30 Jun 2022
There is plenty to look forward to this weekend as the International Test series get underway, along with the Pacific Nations Cup, and we've thrown them all together in our July Internationals Predictor game.

The Springboks take on Wales, Australia face England, Ireland are in New Zealand and Scotland travel to Argentina. Then, we have the Pacific Nations Cup which will feature big names such as Israel Folau, Charles Piutau and Malakai Fekitoa after the eligibility rules were changed, and that's sure to draw more interest.

With some trepidation, here are my July Internationals picks for Round 1. 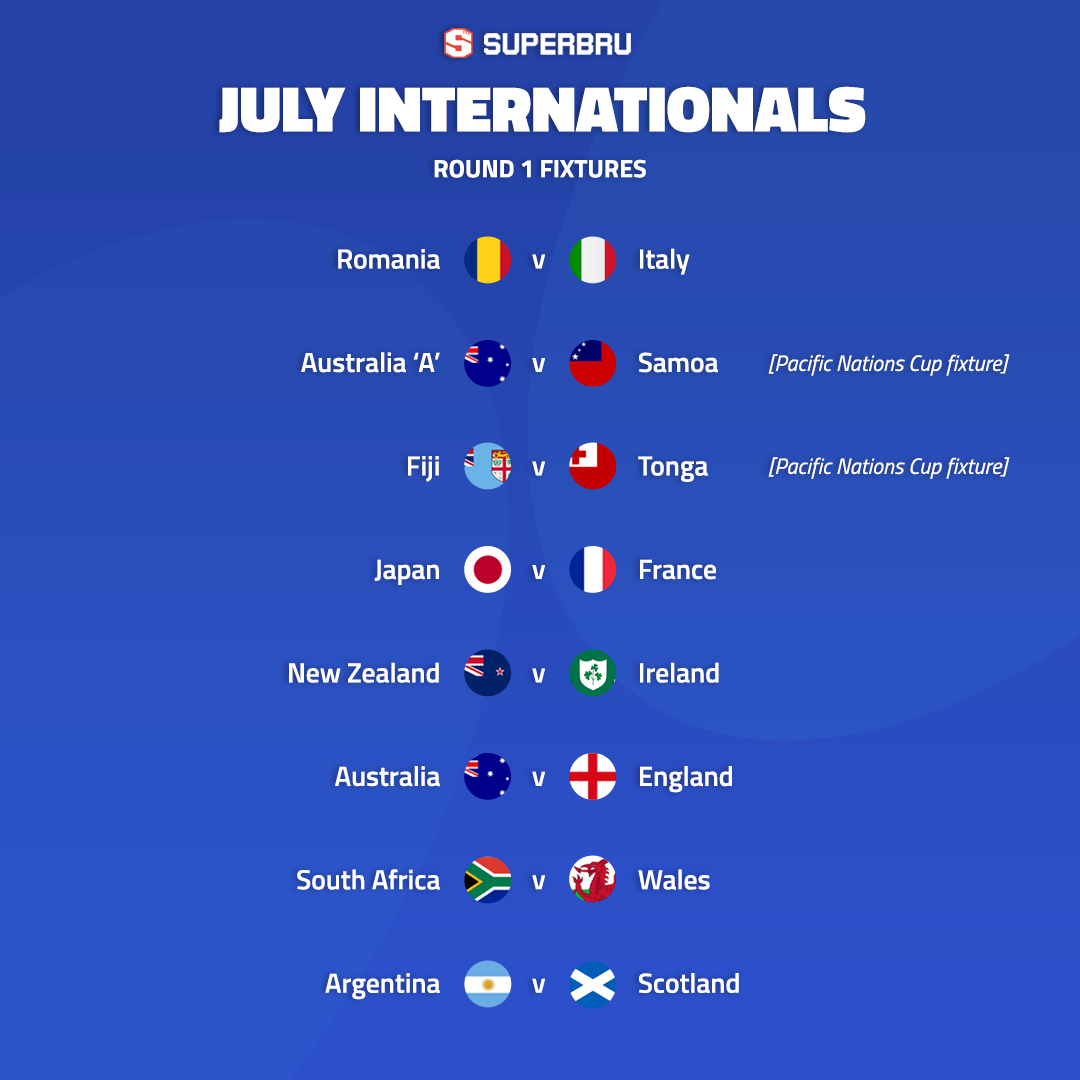 This probably isn't the headline fixture of the weekend, but it's an interesting one in the context of the European pecking order. If Italy can win in Cardiff, they should be able to beat Romania. Italy by 13

The Samoa squad features big names such as Jordan Taufua, Chris Vui and Fritz Lee, among a host of players that turned out for Moana Pasifika in Super Rugby Pacific this season. They should give the second-string Wallabies a decent game, but you'd think those pushing for selection for a Tier 1 nation would be favourites. Australia A by 7

Israel Folau will feature in this fixture, alongside former All Blacks Charles Piutau and Augustine Pulu, and the new eligibility rules add real interest to the tournament. Fiji look to have the stronger squad though, and a home win looks likely. Fiji by 13

I think the Grand Slam champions will continue their upward trajectory towards their home World Cup next year, and they should be too strong for Japan. France by 18

Can Ireland claim a first-ever victory over the All Blacks on New Zealand soil? Catching them cold in the first Test, with the hosts' preparations hampered by Covid, looks like the best opportunity, and I think it will be close. But it's hard to pick an away win at Eden Park... New Zealand by 4

England seem to be floundering at the moment, and a thrashing at Twickenham by the Barbarians won't have done much for morale. Eddie Jones might have a plan to beat Australia, but does anyone else know what that is? A Wallaby win looks the most likely in the opening Test. Australia by 6

If England are floundering, Wales are in disarray. A defeat at home to Italy at the end of the Six Nations has left question marks over several players as well as the coach, and a visit to Loftus to face the World Champions is only going to end one way. South Africa by 16

Scotland are resting Finn Russell and Stuart Hogg for this tour, which seems like the right decision ahead of the long build-up to the World Cup, but it means I don't fancy their chances quite as much on this tour. Michael Cheika will want to get his reign off to a winning start, and there's more at stake for the hosts. Argentina by 8
Enjoyed this? Share it!

dugardy
12,667 caps
Pretty much agree on all counts, but think the AB's by double digits
Report

Jon B
867 caps
You cannot take much from the barbarian defeat at Twickenham,nowhere near a full squad and with Billy and Owen back in the starting 15 along side care Smith I personally still think we should still be favourites to win! ??
Report