Hutch  |  Commercial Director
Thu 18 Mar 2021
This weekend sees the last full round of fixtures, which will leave just the postponed Scotland v France match still to be played. That fixture is reportedly expected to take place next week on the 26th March and it will be a standalone round in both our Predictor game and our Fantasy game.

The tournament as a contest could be all over by Saturday evening though, with Wales travelling to France in a bid to win the Grand Slam.

Here are my Six Nations predictions for this weekend. 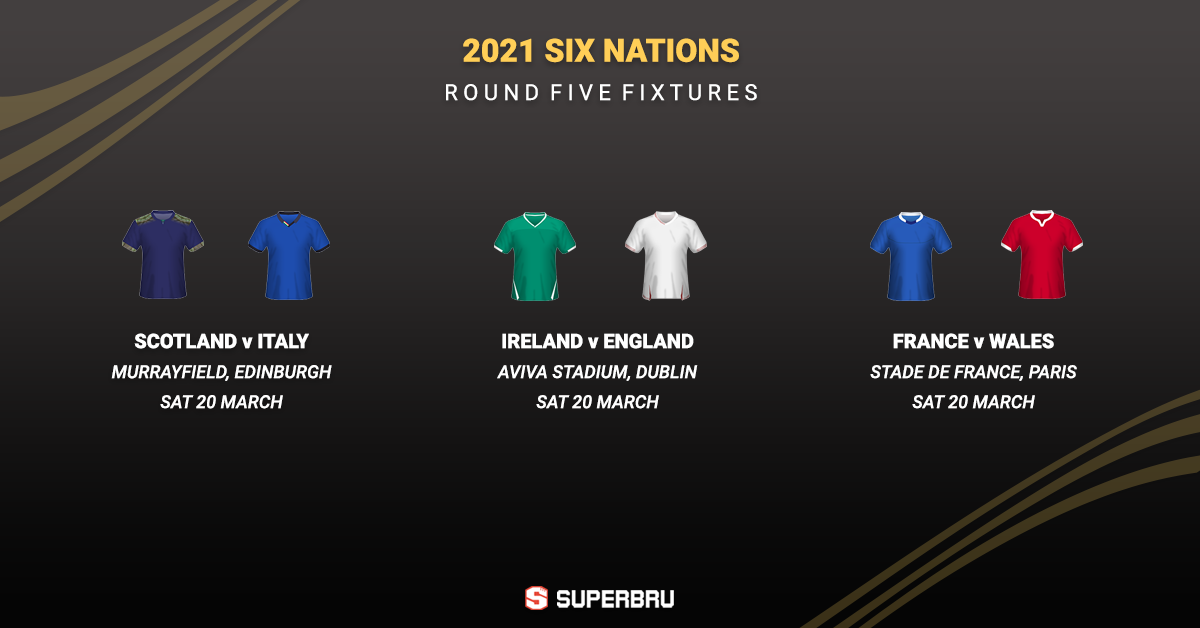 Even this match is no longer a contest, with Scotland significantly improved and Italy continuing to stagnate. The Scots should win this comfortably, even if Italy are targeting this game as their once chance of victory. Scotland by 23

England were much improved against France last weekend, at last playing some entertaining rugby. With little at stake, hopefully we’ll continue to see ambition from both teams, but that makes it tough to predict as a result. My instinct is to pick the home side. Ireland by 2

It’s a pity that this isn’t a Grand Slam showdown, which it might well have been had France’s game with Scotland not been postponed. France lost to England last weekend, but can still win the title if they beat Wales comfortably here and then win well against Scotland. For me, Wales have ridden their luck, particularly in the opening two rounds, whilst France have been the superior team throughout, and I think at home they are favourites. France by 6

Jersey-puller
20,902 caps
Dear oh dear Hutch. Don't you remember writing off the Welsh in the past only to see them win about 4 times running. One particular 'Boyo Bru' even asked that you keep picking their opponents as he was convinced you were helping their cause!
Report

Key Hole
15 caps
A very fortunate Wales to date please remember they finished both their opening games against 14 players, in the third they seemed to have the referee in their pocket, and poor old Italy not up to standard in any of their matches. Now we hopefully will see them play a good side on an equal footing. 19 Mar 09:35
Report

Tiggsy
62 caps
HAHA, fortunate, aye righto, watch the games with your own mind, or just read the reports or listen to the opposition coaches?
22 Mar 09:56
Report

TheVikingKing
1,215 cap
France will 1000% beat Wales. And cant see the Irish out playing the English. If the English play like they did against the French.
Report
Edition: North America change
Find us on Facebook
@Superbru on Twitter