Hutch  |  Commercial Director
Thu 11 Feb 2021
The opening weekend of the Six Nations was rather disappointing for this half-English half-Irishman, particularly as I was rather excited in the build-up!

Peter O’Mahony’s red card for Ireland spoilt that contest - something that the law trials in Super Rugby Aotearoa are looking to change - whilst England were just abysmal.

Eddie Jones has said they’ve had just two training sessions this week, so I’m not necessarily expecting a huge improvement.

Here are my Six Nations predictions for Round 2. 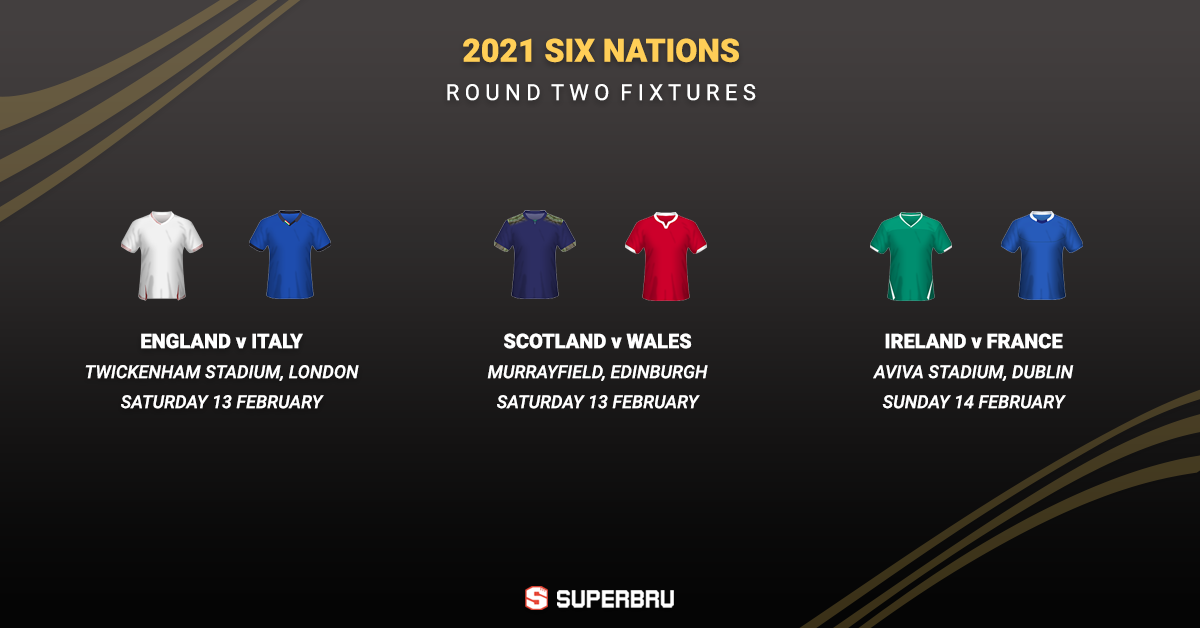 England offered absolutely nothing in attack against Scotland last week, repeatedly kicking the ball away in promising positions, and Jones has responded by shifting Owen Farrell to inside centre and starting George Ford at fly-half. Ford’s attacking instincts are superior, but the rustiness of Farrell and his Saracens counterparts is still likely to be an issue. England should still win comfortably, but it won’t be a cricket score. England by 26

At one point last week I thought Wales would suffer the ignominy of losing at home to a 14-man Ireland team, but they just about came through. The win took a huge toll in terms of injuries though, with George North, Dan Lydiate, Tomos Williams and Hallam Amos all ruled out, and I’m not sure how much that unconvincing win will actually do for their confidence. Scotland, however, will be full of it after winning at Twickenham for the first time since 1983, and rightly start as favourites. If it wasn’t for lockdown, they would likely have been celebrating all week and diminishing their chances in this match, but as it is, they will have prepared as normal and should win. Scotland by 7

This is a really tricky prediction, and I’ll await the full team news before locking my pick. It hinges on Johnny Sexton’s fitness for me - if he starts, I’ll be tempted to go for a home win, on the basis that this side almost won in Cardiff with 14 men, and back at home with hopefully a full complement of players, they’ll be even stronger. France have been looking good for the last couple of years, but they are still more than capable of a defeat away from home - see last year at Murrayfield for evidence. At this stage, I’m leaning towards a narrow home win. Ireland by 2.

dugardy
10,500 caps
England by Plenty, Scotland by a few & France at a squeak
Report

goldorak
25,210 caps
Very little to no home advantage this year - reckon both wales & france will seriously fancy their chances. Looking forward to the balmy 0-2 deg (& possible snow) forecast for the w-e.
Report

Richmond 1
1,745 cap
Not sure have Irl the leaders on pitch now, with both Sexton & Murray gone, Burns to me not the selection for 10!!
Report

Damo
2,489 caps
England by 30. Scotland at home. Full of confidence.Ireland sadly are down to many good players. France should win. By enough not a lot.
Report