Hutch  |  Commercial Director
Thu 4 Feb 2021
Having spent a couple of weeks wondering whether the Six Nations would go ahead at all, I’m now getting very excited at the prospect of international rugby over the next couple of months.

I expect the standard of Rugby to be far better than the Autumn Nations Cup, with a proper trophy up for grabs and 150 years of rivalries to further raise the stakes.

Here are my Six Nations predictions for Round 1 this weekend. 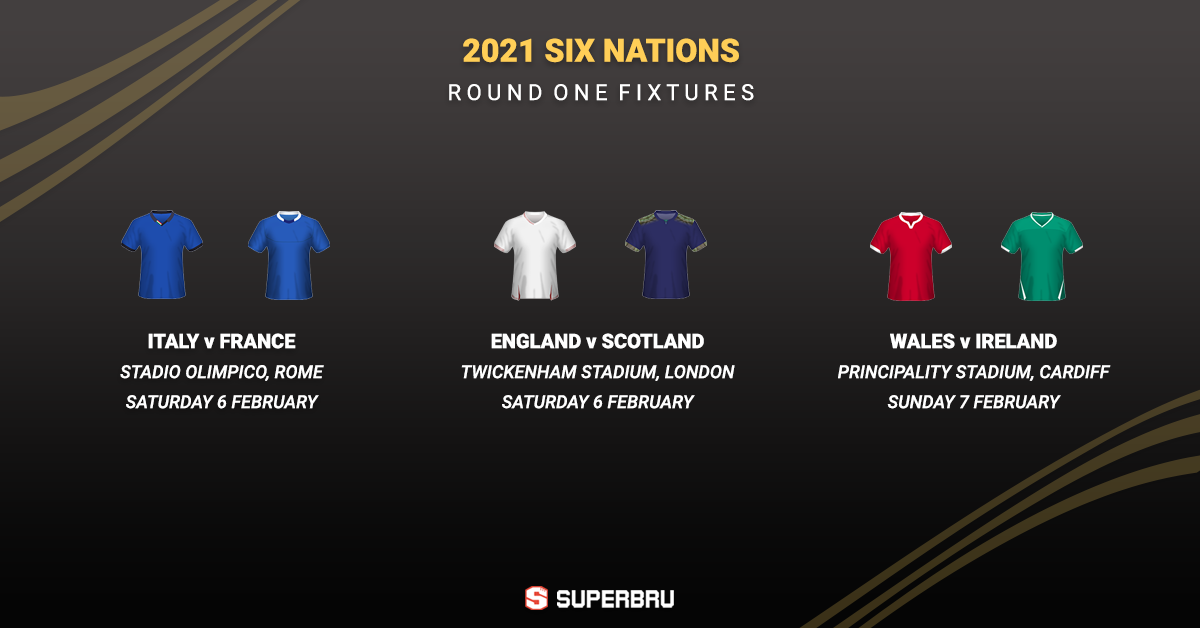 Italy have been getting worse in recent years, but at least this time it looks as though coach Franco Smith has a plan to blood some youth and grow some experience. This tournament will come to soon, particularly without new talisman Jake Polledri, and it will be a question of how many they will lose by each week. It’s a strong France team going to Rome, and I think they’ll win fairly comfortably with Antoine Dupont pulling the strings. France by 23

I expect England to win this, but I think it could be closer than some people think. England are usually slow starters in the tournament, and it could be worse this year because of a lack of game time amongst some key players - the Saracens contingent of Owen Farrell, Jamie George, Maro Itoje and Elliot Daly in particular have not played a lot of rugby. Aside from the anomalous drubbing in 2017, matches between these teams have been decided by 12 points or fewer in recent years, and I think it might be similar this time. England by 11

This is a really tricky fixture to pick, with Wales now ranked 9th in the world and in a poor run of form. But they’re at home in the opening fixture - Wales usually start well in the Six Nations - and I think they’ll fancy their chances against Ireland. Yet without Josh Adams and Liam Williams, their attack is significantly blunted, and they haven’t exactly been known for their ruthless try-scoring over the last couple of years. I’ll wait for team news before locking in my pick, but for now I’m going for a tentative Ireland by 2.

TheVikingKing
1,023 cap
Good day Hutch. Please can you move Bernard Le Roux. He plays lock for France in the six nations, to lock. He always gets placed with the loose fowards. He never plays Flank or Eighth-man for France. Only Lock. Please place him with the Locks and not the loose fowards. This is for six nations rugby fantasy. Please assist or pass the msg along to whom can help. Thank you in advance Hutch.
Report

ADMIN
Hutch
63,575 caps
Bernard Le Roux generally plays in the back row for Racing, and I'm afraid it's too late to move him for this year, but we'll review it for the next tournament. 5 Feb 07:35
Report

TheVikingKing
1,023 cap
I do understand him playing flank for Racing 92. But with the options for loose forwards, Fabien Galthié has at the moment, Bernard Le Roux will only ever play lock for France with Paul Willemse. I might be mistaken but I don't even think he has a single cap for France in the back row. But do understand the problem behind the timing of the request. Thank you for your correspondence. And think your pics for the opening round of the six nations is spot on. Good day to you sir and keep safe in these uncertain times we live in. 5 Feb 08:20
Report

DreadedRed
16,471 caps
Woosh! Took me half a minute to get that... clever wordplay. Of course, it's hard to categorise Bernard, he's a bit of a loose forward. 6 Feb 08:14
Report

Kobus
6,113 caps
Hutch what is your pool code, like to join
Report

bluelionman
8 caps
Who will kick for France with Ntmack out?
Report

Neo9374
22,793 caps
Scotland won , good results for them , but not for us
Report
Edition: North America change
Find us on Facebook
@Superbru on Twitter