Hutch  |  Commercial Director
Wed 24 Mar 2021
Whilst we were denied the usual Super Saturday Six Nations finale last weekend, the actual climax to the tournament should be fun on Friday night.

Can France steal the title from under Wales’ nose, just as they did with the Grand Slam on Saturday?

Here is my prediction for the game on Friday. 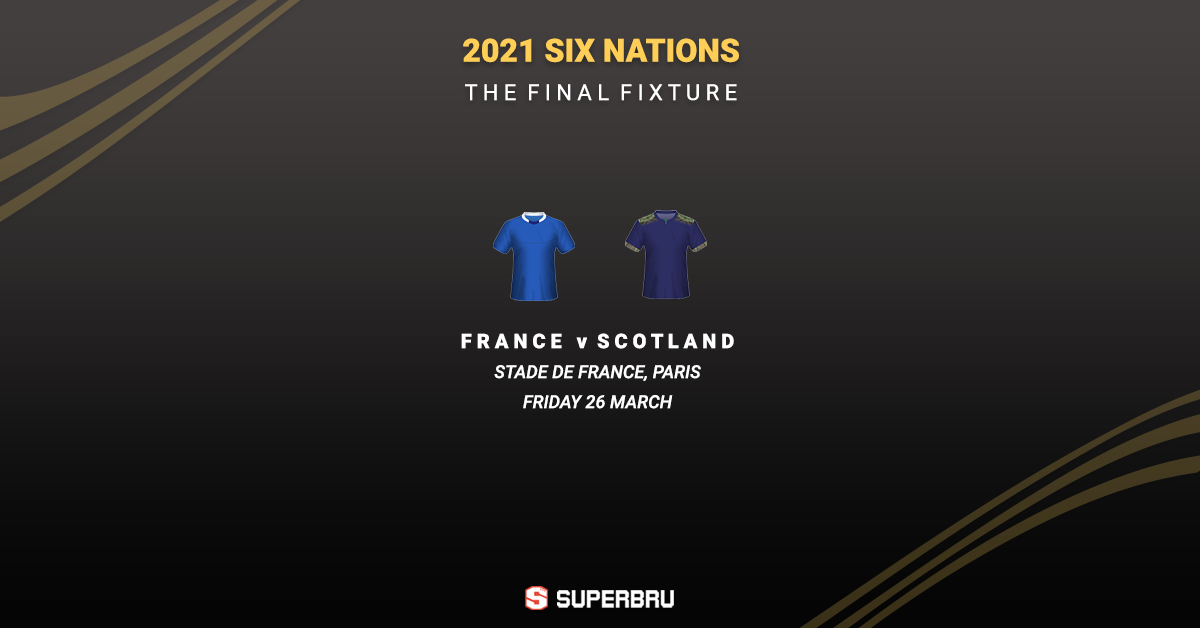 The critical aspect here is the motivation for France, and what they need to do to win the title. A 4-try bonus-point is a must, and they need to win by 21 points or more to lift the trophy - that is what they will be aiming for. Can they do it?

Italy aside, France have been involved in some very tight games in this tournament, beating Ireland and Wales by 2 points each, and losing to England by 3. It’s the same story with Scotland, who beat England by 5 and then lost to Wales by 1 and Ireland by 3. Those sort of margins suggest this is likely to be another tight game.

But when you factor in the occasion and the motivation for France to play attacking rugby, you think they might just do it. They showed in the dying moments against Wales that they can be clinical when required, and we’ve seen the level of skill and dynamism across the France teams at certain times of the tournament.

The romantic in me wants France to throw the ball around and win by 20-something points, but more pragmatically and with Superbru points at stake, it’s likely to be much closer with Wales winning the title. France by 9

Jersey-puller
20,902 caps
Just imagine if France are ahead by 14 with 10 minutes to go!? Whereas if it only a 7 point lead, their heads might drop. We shall see.
Report

goldorak
26,083 caps
21pts not insurmountable though if the french manage to keep SCO under 10-12pts (reckon they've got 30-35pts in them). And Finn Russell's very much a high-risk high-reward player, could see an intercept try or 2 if he isnt having a good day (esp with guys like penaud lurking around). Think a lot will depend on Scotland's mindset i.e will they play an expansive game from the start, target french fwds indiscipline ( haouas & ritchie have history) etc. plenty to look forward to.
Report

TheVikingKing
1,215 cap
Finn Russell is the most overrated player in the world today. He does more harm to a team that he plays in, than good. His past performances and record declares this. Jaco van der Walt is the future of Scottish rugby and the sooner Gregor Townsend becomes fully aware of this, the better of Scottish rugby will be. France will win the six nations title, by putting more than 20 points on Scotland.
Report
Edition: North America change
Find us on Facebook
@Superbru on Twitter