Hutch  |  Commercial Director
Wed 5 Feb 2020
It was a reasonable start in Round 1 last weekend, with only the Sunwolves costing me the coveted GSP, and I’m happy to be in the top 15% on the global leaderboard.

With one set of matches under our belt, there’s a little more form to go on for our picks, and we should learn from the fact that there were 6 home wins out of 7.

How many will there be this time? Here are my Super Rugby predictions for Round 2. 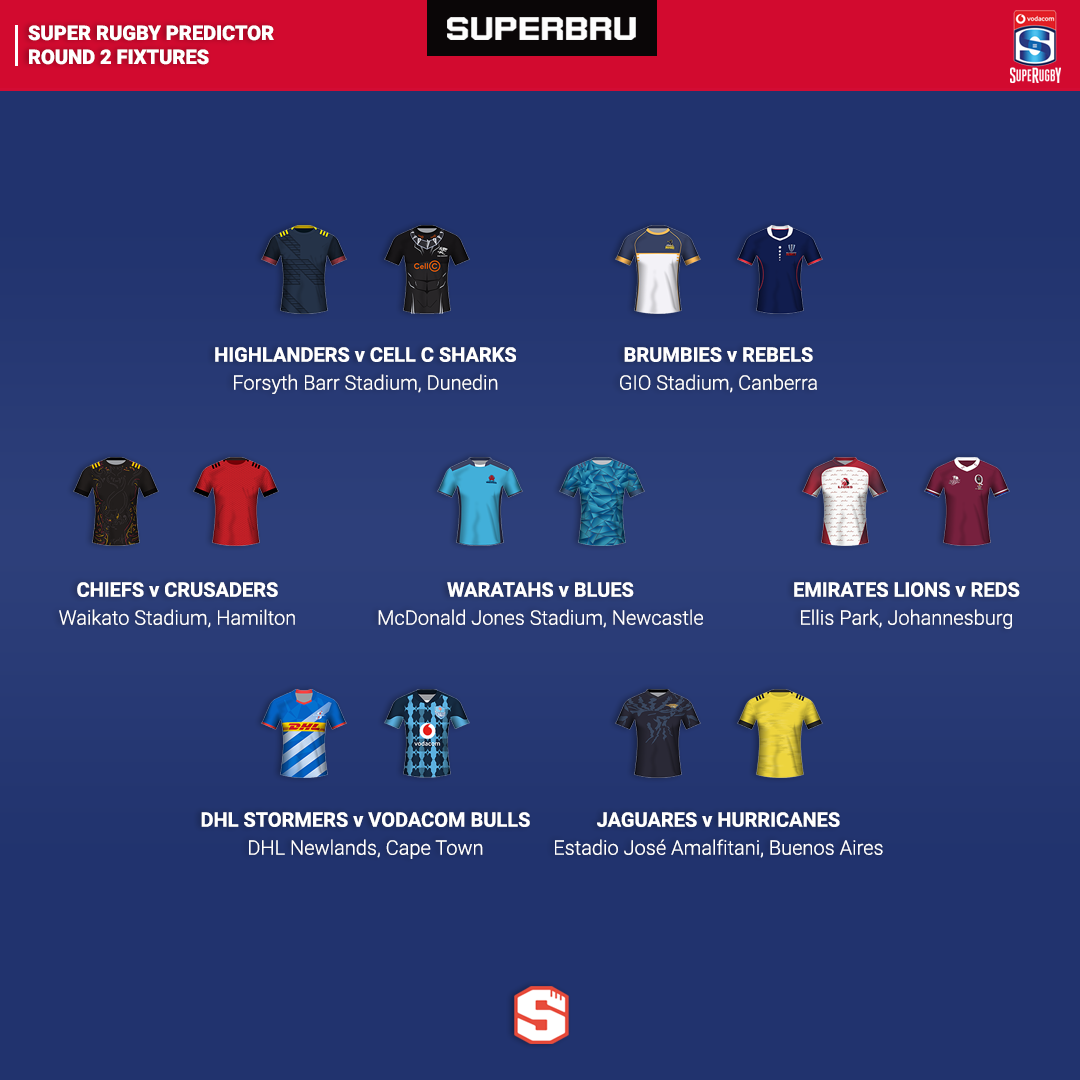 It must be frustrating to be the team that starts the season with a bye, but we’ll see the Highlanders in action for the first time on Friday. They have lost several experienced players such as Ben Smith and Waisake Naholo, but there is some excitement about the young squad assembled in Dunedin. The Sharks started the season with a win over the Bulls last weekend, and they have a good record against the Highlanders, winning 3 of the last 4 matches including their most recent visit in 2016. The Highlanders were beaten by both the Waratahs and the Crusaders in pre-season, but after all the home wins in Round 1, I’m backing the home side here. Highlanders by 8

How good were the Sunwolves last weekend? Or how bad were the Rebels? The Melbourne team have won four in a row against the Brumbies, but they were soundly beaten in Japan last weekend, and logic says they can’t follow that with a win in Canberra over the favourites for the Aussie conference. Super Rugby is not always logical, but… Brumbies by 13

This should be an entertaining match, and we’ll be awaiting team news to see whether Damian McKenzie can shake off the niggle that saw him withdraw from the Chiefs lineup last weekend. Having picked the Chiefs in Round 1, I was delighted to see them come from behind to beat the Blues, but a better team would have seen them off and I think the Crusaders have the edge here. Crusaders by 4

There were encouraging signs for the Blues last weekend, before succumbing to the Chiefs’ comeback in the second half, and there is plenty of quality across their squad. They have won the last 4 in a row against the Waratahs, but whilst it’s usually sensible to pick the New Zealand teams to beat the Australian teams, the Blues are struggling with some injuries, including to star man Rieko Ioane, and I’m beginning to think the Waratahs could win. However, bear in mind that this match is in Newcastle rather than Sydney, so the home advantage is somewhat diminished, and also that I don’t think the Tahs are very good, so I’m backing the Blues. Blues by 4

This match will test the stamina of both teams, playing at altitude having travelled halfway around the world to get there. The Lions were well-beaten in Buenos Aires last weekend, whilst the Reds were better than expected against the Brumbies, but you have to pick the home team here and they could run away with it in the final quarter. Lions by 16

It was a very impressive outing for the Stormers last weekend, keeping the Hurricanes scoreless, and they’ll start as firm favourites for this one against the Bulls. Siya Kolisi is out for 6 weeks, but there’s enough cover for the Stormers to cope without him, and their Super Rugby record against the Bulls at home is very strong - you have to go back to 2011 to find the most recent Bulls win at Newlands. Stormers by 11

It’s a tough schedule to kick off the season for the Hurricanes, with the Superbru Insights telling me that they have travelled 18,185km already - and they are yet to score a point. Having put nearly 40 points on a strong Lions side last weekend, you have to back the Jaguares here as well. Jaguares by 13

Supperman
9,285 caps
Dont think the young lions side wil beat this experianced red side smith brothers in the reds should see the tackticks of the lions of as they are south africans playing for reds ausie side
Report

Wasta
2,747 caps
Sharks is a good traveling side so i think sharks will pull it through allthough they didnt look good against the Bulls last week!
Report

Wasta
2,747 caps
Blues have got a laslappie side... def Warathas there back 3 is lethal!!
Report
Edition: North America change
Find us on Facebook
@Superbru on Twitter