Here are my picks for Round 4 of the Heineken Champions Cup, which gets underway on Friday night. 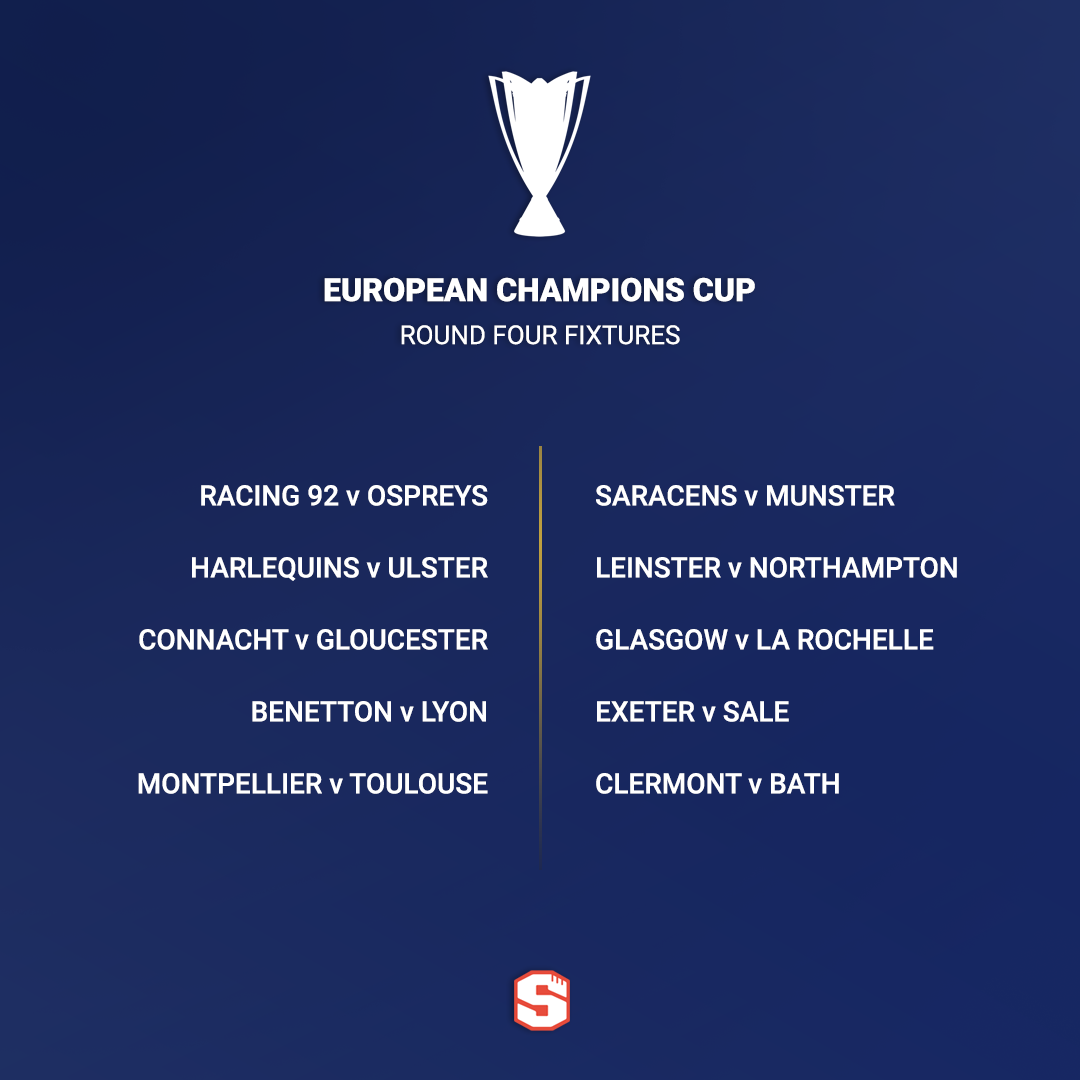 You can imagine how high the motivation levels are for the Ospreys, having conceded 40 at home to the same time last week, they now have to travel to Paris where it will be even tougher. Racing by 23

Quins gave a decent account of themselves in Belfast last week, losing by just a point. Qualification looks unlikely, but home advantage might see them win this one. Harlequins by 2

Both teams need to win to keep their faint qualification hopes alive. Gloucester won the first meeting last weekend at Kingsholm, but I suspect home advantage will tip the balance the other way this time. Connacht by 4

The Italians tend to be tough to beat at home, the French are awful away, but can Treviso really turn around last weekend’s 28-0 drubbing? Nobody will pick it, but I think they’ll be targeting their home matches, and worrying less about the away fixtures. Treviso by 2

Toulouse remain unbeaten in the competition, whilst Montpellier need to win to stay in contention, but they’ll take confidence from the fact that the home team has won the last 8 meetings between these teams. Montpellier by 7

The losing bonus point last week has kept alive Saracens’ hopes of qualifying, and a win at home would put them back in contention. We’ll await the team news, but it’s still hard to predict a defeat at home for Saracens, such is the remarkable depth of their squad. Saracens by 4

The Premiership leaders were humbled at Franklin’s Gardens last week, conceding 43 points to the tournament favourites. I can’t see how they can turn that around at the RDS. Leinster by 16

This was the one pick I had wrong last weekend, with the Warriors picking up a surprise win in France. It means La Rochelle are out of contention, and they won’t fancy this trip at all. Glasgow by 16

It was a narrow away victory for the Chiefs last week, making it 7 wins in a row against the Sharks, and there’s no way that record will change at Sandy Park this weekend. Exeter by 13

Having beaten Bath at the Rec last weekend, Clermont ought to win this fairly comfortably. Bath have lost all three of their matches so far, including two at home, and won’t make it through, so you’d expect them to be resting some players for the festive domestic schedule. Clermont by 23